Editor's Note: I've been trying to educate you about private placements like those I offer to members of Nick's Notebook. They can be extremely lucrative for several reasons, which I explain here. But it's always better to show than to tell. So below is a sample deal that members of Nick's Notebook are participating in this week. It's a high-grade silver discovery play with multi-bagger upside that comes with a full warrant so we can buy more in the future with zero additional risk now.

Dealflow is picking up with gold now having broken out to a new bull market, taking out the $1,600 level yesterday.

The last time it broke above this price it quickly went to new all-time highs. 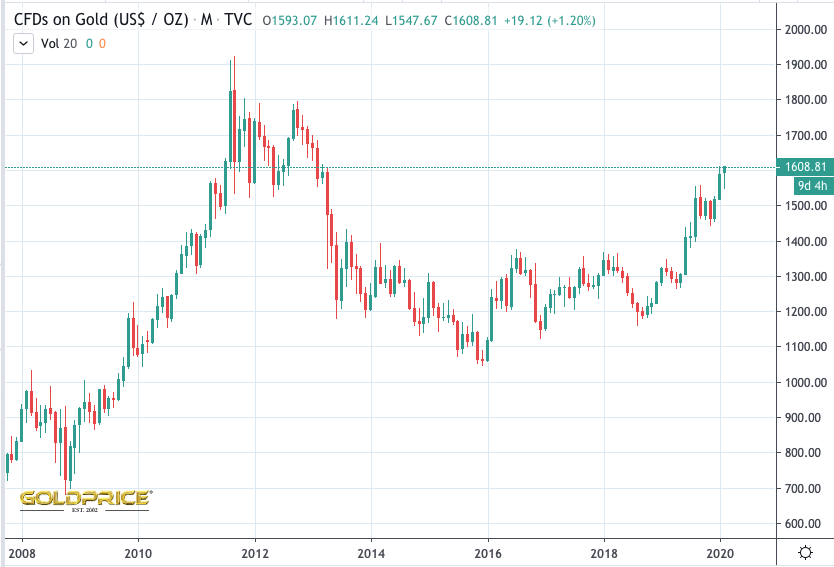 Silver and related stocks have yet to catch up, but they will. They always do. And then they move higher than gold itself in percentage terms. Much higher. That's the leverage that creates the legendary 10,000% winners you've heard about in the mining space.

We’ve financed several gold companies over the years in anticipation of this bull market. Here in its early stages, I’m looking to establish a bit of silver exposure.

We recently financed Hannan Metals (TSX-V: HAN) to pursue a massive copper-silver project in Peru. And we also financed Alianza Minerals (TSX-V: ANZ), which last year discovered a new area of silver mineralization in the Keno Hill Silver District of the Yukon.

Today we’re adding another one, with an upcoming drill campaign in one of the most prolific silver camps in the world on a property where silver mineralization outcrops at surface. 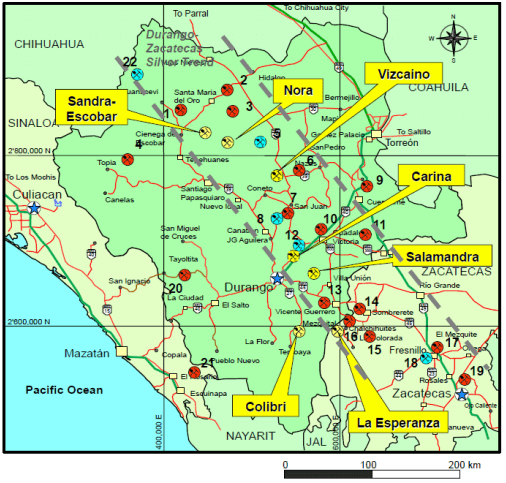 Grab samples collected from historic mine workings on the property returned high-grade silver and lead as well. A robust soil sampling program showed potential for disseminated mineralization between the veins.

is raising a small bit of money to put a few holes right into those veins. Drill permits are in place.

It is raising C$400,000 at C$0.08. And the financing comes with a full warrant at C$0.12 for two years. The majority will be taken by existing shareholders and key investors who will be helpful and supportive going forward.

That is a cheap financing near the bottom of the cycle. The average issue price of shares in the company’s history is C$0.21. Shares were over $0.70 on the back of the company's last discovery.

This project alone could be a company maker.

That’s why I waited until now to tell you about the company’s six other projects, including one that has already been drilled and hosts several silver veins in an area with over 25 kilometers of strike. That project, called                  , hosts classic high-grade silver-zinc-lead banded epithermal veins with intercepts like:

To participate in the private placement, contact the company’s CEO and tell him you’re coming from Nick’s Notebook. Here is his contact info:

Closing note: At this point the write-up would continue for members of Nick's Notebook, covering all of the projects, management, and share structure. Private deals like this are typically offered to the high-net-worth accredited investors of Nick's Notebook once every few weeks. I vet all the deals. I participate in some of them. We have doubled our money or better more than a dozen times the past few years. If this type of investing interests you, it's worth checking this out.