Dressing up in a cape and pretending to be a knight is usually behavior reserved for children... or at the very least Tolkien enthusiasts and comic book store owners.

It's called live-action role playing, and it's hard to imagine a supreme court justice taking part in just such an activity.

And yet, that's precisely what Justice Antonin Scalia was doing the weekend he died. He was running around the woods with a bunch of his buddies, hunting game and pretending to be knight of the highest order.

That's what the International Order of St. Hubertus does.

Calling themselves “Ordensbrothers” and led by the “Grand Master” the group's stated mission is as follows:

According to its website, is a “true knightly order in the historical tradition.” In 1695, Count Franz Anton von Sporck founded the society in Bohemia, which is in modern-day Czech Republic.

The Order’s name is in honor of Hubert, the patron saint of hunters and fishermen. And its motto motto is “Deum Diligite Animalia Diligentes,” which means “Honoring God by honoring His creatures.” 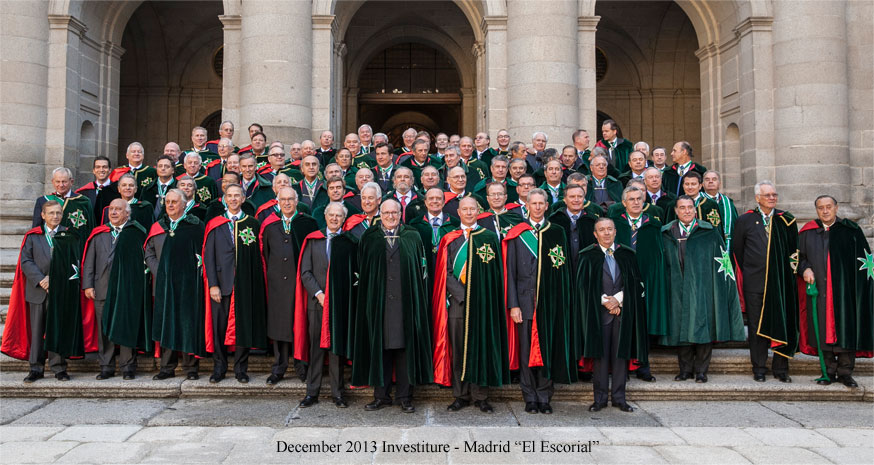 The United States chapter of the order was established in 1966 at San Francisco’s Bohemian Club.

It's not certain that Justice Scalia was a member, but he did travel to Cibolo Creek Ranch by private jet with John Poindexter and C. Allen Foster – both of whom hold leadership positions in the frat hunting club secret society.

Furthermore, two other private planes that landed at the ranch for the weekend are linked to two men who also have held leadership positions with the Texas chapter of the Order of St. Hubertus.

Scalia spent the night of February 12th with Foster, Poindexter and others at the ranch, eating dinner before retiring to bed and later dying in his sleep.

In the past I've covered secret societies such as the Bilderbergs, Freemasons, and Skull & Bones Society. Those groups were in some ways just as childish as this one, but they also have a very real and significant political reach.

That's not true of the International Order of St. Hubertus.

Sometimes a boys' club is just a boys' club... even if its members are ostensibly powerful men.

The World's Most Powerful Secret Societies: The Skull and Bones
It's easy to dismiss the Order of the Skull and Bones as a bunch of college kids playing games... But if you look deeper, it's easy to see how a small group of students at one of the world's most prestigious universities could evolve into a powerful collective of influential policymakers.
The World's Most Powerful Secret Societies: The Freemasons
They claim to be a fraternal group of men seeking only self-improvement and the betterment of society, but the Freemasons have long been suspected of occult worship and shadow manipulation.
Investing in Marijuana Without Getting Burned
The marijuana industry has rewarded scores of investors with life-changing gains.