Insiders Pocket 500% in One Week

Where the big money is made...

It’s been one hell of a ride for the markets to close out the year.

Stock futures up, down, and sideways.

It makes you just want to throw up your hands and walk away.

But don’t forget that markets have come back strong each time the CPI numbers were released the last two months, so we’ll make sure to keep you up to date on that.

And there's one group of traders that keeps piling on the cash, even in this market...

But when C-suite executives or directors buy and sell stock in their own company, all they have to do is disclose the transaction to the SEC in what’s called a Form 4.

Now you can find these Form 4s on the SEC website or use a paid service like the Bloomberg Terminal or Finviz.

Either way, it’s a valuable tool to see what the owners of a company will pay for their own stock and what they think it’s worth.

A lot of time when a stock is trending lower, you can look at insider transactions to gauge where they think the bottom is.

And, as I’ll show you below, insiders will often purchase stock ahead of a big public announcement that could potentially send the stock higher.

If you live along the East Coast, you may have driven past one of Carvana’s “car vending machines.”

That's where you can place a fake coin into a slot and your used car will come down to greet you.

The used car company has 34 of these monstrosities in the U.S.

Since its IPO in 2017, investors have been skeptical of the business model, citing excessive cash burn and declining revenues.

The 2017 article states the following:

Still, there is plenty of skepticism of Carvana on Wall Street. There are 9.7 million shares sold short, making the short interest a whopping 70%. Those betting against the stock have focused on Carvana’s cash burn and big financial losses. Carvana is directly up against giants like CarMax and well-funded startups like Vroom. Beepi, an online used car marketplace based in Silicon Valley, shut down this year after burning through $150 million. Carvana has been spending cash aggressively to incentivize customers to buy cars — for example, giving $200 for those wishing to fly to a town with a Carvana vending machine and inspect a car before purchasing it. The company has also been spending big dollars on TV advertising. In online pieces, the shorts have also focused on Garcia and the stock collapse of Ugly Duckling.

Today, the threat of bankruptcy looms over Carvana, with many analysts citing that the company could run out of cash within months.

Unfortunately for the Garcias, they were on a buying frenzy this year.

The father and son duo spent more than $550 million buying shares at $80 back in March.

Other insiders, including President of Special Projects Thomas Taira and Chief Product Officer Daniel Gill, bought at the end of November around the $7 mark.

Shares have since cratered, dropping nearly 98% this year alone: 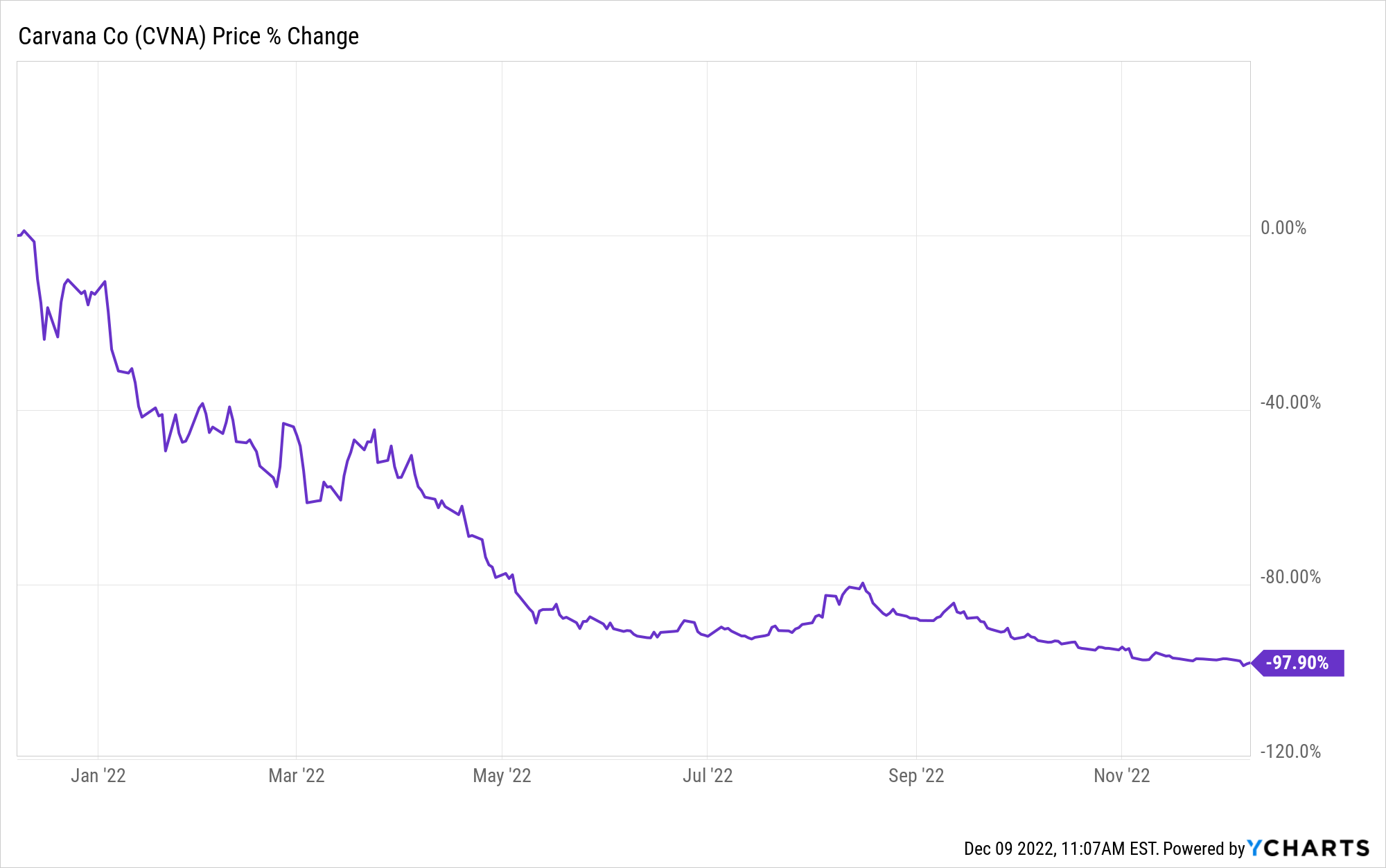 Obviously, you wouldn’t have wanted to follow the insiders on their trades in this example, but Carvana is a bit of an outlier.

You may, however, have wanted to get into the following two examples that show smart insider moves...

Founded all the way back in 1993, Immersion Corp. is a haptic technology company.

If you’ve driven any new car lately, you know that it looks like a UFO in there — giant touch screens with buttons all over the place.

The company's now working in the gaming and virtual reality realms and has gained traction this week.

Then the company announced the renewal of a licensing agreement with a global supplier of haptic products. In a press release from Business Wire, Representative Director Nobumitsu Shimada said, "We are increasingly seeing more new car models adopting haptics across various interfaces throughout the cabin. We are pleased that Nippon Seiki has renewed its license with us and expanded its license of our patented technology to the automotive market. We are proud to count Nippon Seiki among our licensees in the automotive market."

These insider purchases have treated the C-suite executives well, as the stock’s up 50% in one month: 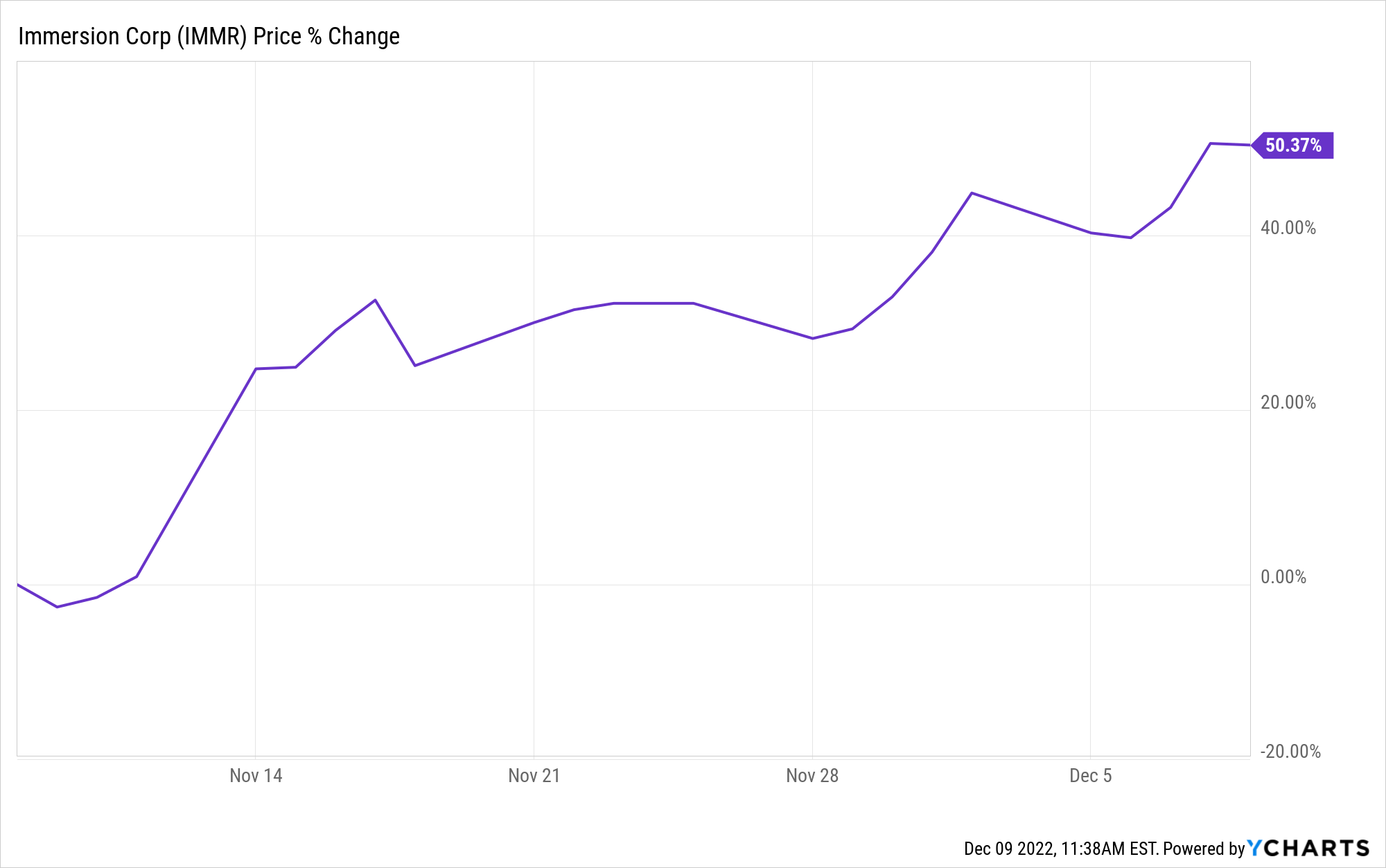 This was a big win not only for the executives at the company but also for shareholders who followed in their footsteps.

Finally, let’s looks at a gigantic winner this week.

Summit is an example of corporate insiders buying stock at just the right time, right before a big announcement.

Now, Summit is a biopharmaceutical company specializing in treatments for infectious diseases, including certain treatable STIs.

CEO Robert Duggan, President Maky Zanganeh, and CFO Ankur Dhingra all bought shares on the same day, August 16, for the same price of $0.97.

In total, they spent nearly $100 million on shares.

And sure enough, just three months later, the company announced that it entered into a licensing agreement for a cancer drug.

Shares skyrocketed on the news: 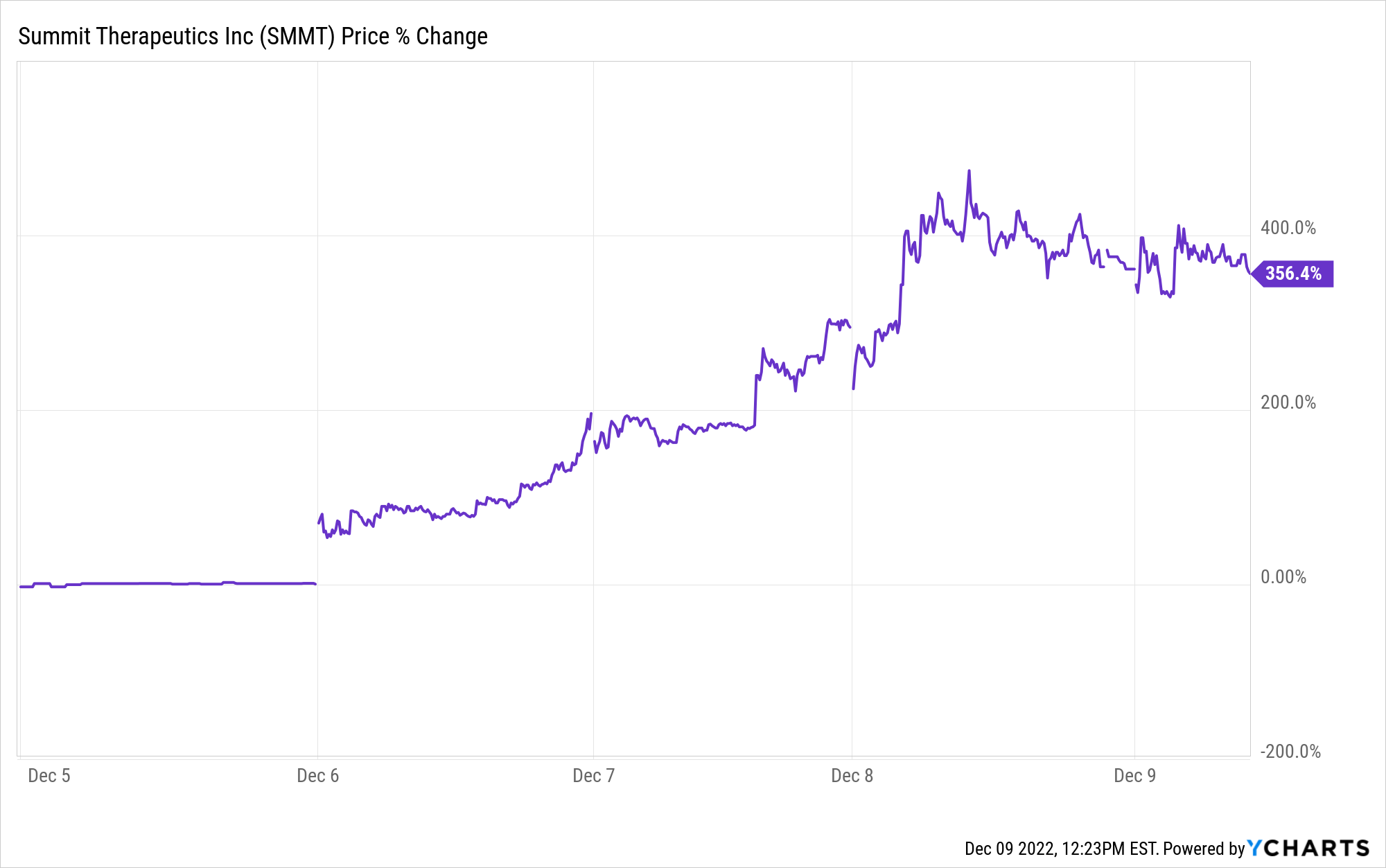 It’s since cooled off, but it just shows you that sometimes insiders know exactly how the stock will react to news that only they know about.

Had you invested in these three companies, you would have walked away with nearly 150% gains.

That’s why it pays to follow the insiders and why I’ve dedicated my career to finding the best insider stock picks for my readers.

I'll give you everything you need to know about the big money moves happening behind the scenes while no one's paying attention.

I also detail the one metric insiders are using to predict the next bull run.