In the Facial Recognition Debate, I Side with Democracy

And you know what?

I applaud them for it.

I don’t agree with it, personally.

Quite the opposite, actually. I believe facial recognition technology will ultimately benefit society and make all of us a lot safer.

I also think it’s a tremendous investment opportunity that will deliver fortunes directly into the hands of early investors.

But I also believe in democracy. And I believe that San Francisco’s board of supervisors took action that’s consistent with the values of the liberal coastal enclave.

I also think the board did the right thing by not extending the ban to the private sector.

That’s important because individuals and business owners have rights, too. And if they think this technology will help them they have every right to deploy it, so long as they’re upfront about it.

In that case, the responsibility is on the consumer to decide whether or not they’re okay with it.

Let the market decide, in other words.

A little farther up the West Coast, residents of Tacoma, Washington were suddenly surprised to find that a local convenience store was using facial recognition technology to screen customers. 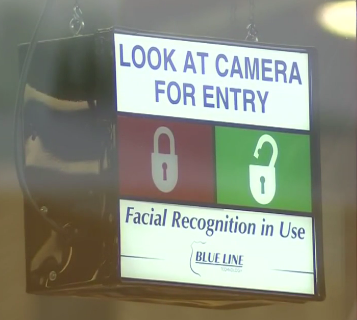 A sign at the front of the store reads: “Look at camera for entry” and “Facial Recognition Technology In Use.” And an automated voice instructs those who approach to look up at the camera as they enter.

The goal is to prevent shoplifting and robberies by catching repeat offenders before they enter. So, basically, if you’ve been caught stealing or conducting an armed robbery, your picture can be entered into a database. Then, if the technology recognizes you, it can prohibit you from entering.

In Tacoma, opinions were divided.

One customer expressed concern, saying that this was essentially a “social credit score.” But another said she was fine with it.

“I don’t think I have anything to hide,” she said. “They're just trying to do everything they can to stop people from stealing from the store."

Either way, though, it’s up to these consumers to decide whether or not they want to shop there.

And that’s the way it should be.

Now, let me tell you something.

I live in Baltimore.

There’s a liquor store down the street from me. In April, someone tried to rob it, but the employee behind the counter was quicker on the draw, and he shot and killed the assailant. (Other clerks haven't been so fortunate.)

Police deemed the shooting justified (obviously), but I know from speaking with various people in the community that the clerk feels terrible about what happened.

No one in that position goes into work wanting to shoot someone. And while one could argue the criminal “had it coming” (so to speak) it’s still a pretty tragic and senseless death.

It also could have been avoided if facial recognition technology had caught the would-be robber at the door and prohibited his entry.

This is the trade-off.

A new taco restaurant just opened one block away from my house. It has a sign that explicitly says you can’t wear ski masks or bandannas. If you go in with your face covered, they will call the cops.

So, do I believe people have the right to wear ski masks and bandannas?

Of course. Maybe your face is cold. That’s fine. Cover it up. That’s your right as an American.

But does the taco hut also have the right to protect itself by barring your entry?

You’re God damn right it does.

I think of facial recognition the same way.

But again, that’s in the private sector.

What about the government?

There, too, we have some decisions to make.

Facial recognition has been a boon to law enforcement.

It can match driver’s license pictures and mug shots to criminal databases. And it can scan crowds for weapons and known terrorists.

In this way, we’re all a lot better off.

But it’s also true that the technology can be abused.

In China, for instance, the government is using facial recognition technology to track and control the Uighurs, a largely Muslim minority.

The facial recognition technology has been integrated into China's vast network of surveillance cameras. It looks exclusively for Uighurs based on their appearance, and keeps records of their comings and goings for search and review.

We have a constitution that prohibits illegal search and seizure. Furthermore, as citizens of democracy, we have the right and the responsibility to demand restrictions on this technology’s use.

And that’s why I will stand here and applaud San Francisco — even though I personally believe it went a little overboard.

It’s the same with drones, guns, and tasers.

These are important tools in the law enforcement arsenal. But abuses do happen. So we have to remain vigilant and hold people accountable.

It’s not always easy. To the contrary, the task can often be daunting and unsettling. But it’s ours to handle.

At the end of the day, you either trust democracy to work or you don’t.