How Would You Like to Play With These Plushies?

It’s kind of embarrassing to admit, but when I was growing up, I had a small army of stuffed animals.

They had cute, fun names like Pound Puppies, Popples, My Favorite Monster, and, of course, Teddy Ruxpin.

Well, the children of Ukraine, if they ever get a reprieve from the ongoing war crime that is Russia’s invasion, are going to grow up with an entirely different set of plushies.

Stinger missiles can be fired from ground vehicles and helicopters, but their most lethal and versatile application is deployment through a man-portable air-defense system (MANPAD).

A shoulder-fired rocket launcher, in other words.

The Stinger first entered service in 1981 and is used by 30 countries, including the United States.

It first proved its effectiveness when the CIA gave Stingers to the Afghan resistance forces to use against Soviet helicopters. Now, we’ve deployed more than 2,000 to Ukraine to effectively the same end. 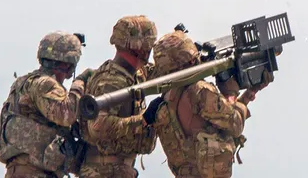 Stingers use an infrared camera to track the heat generated by a target’s engine and establish an ultraviolet fingerprint to distinguish that target from other heat-emitting objects.

Once it’s locked on, the image sensor tracks the target’s flight path and the guidance system adjusts the missile’s course accordingly. This allows it to lead the target.

The Stinger missile can hit targets flying as high as 11,500 feet and has a range of about 5 miles.

So, basically, if an airplane is flying low enough that you can make out its shape, a Stinger can hit it. Tanks, armored personnel carriers, and helicopters are even easier targets.

That’s not the only new toy Ukrainian forces (or their kids) have to play with, either.

There’s also this one… 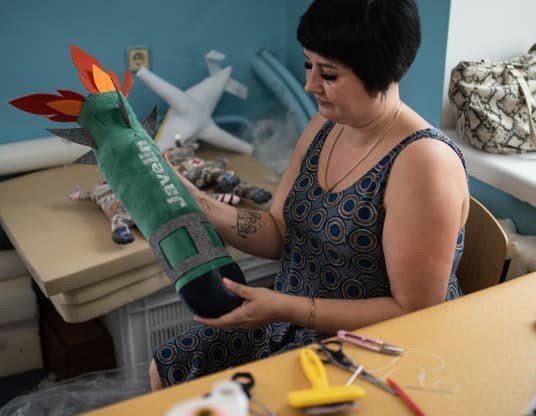 The Javelin is another shoulder-launched missile that can be wielded against heavily armored vehicles.

It entered service in 1996 and has a range of 2.5 miles. Like the Stinger, the Javelin locks onto a target’s thermal picture and homes in on it.

Except the Javelin deploys in stages, as two tandem high-explosive antitank (HEAT) warheads explode against a tank’s reactive armor shell, opening a path for a third warhead to reach the target’s main armor.

So far, the United States has sent some 7,000 Javelins to Ukraine, which have proven to be a godsend for the country’s defenders...

So much so that they’ve taken to calling the missile “Saint Javelin, Protector of Ukraine.”

They’re even naming their kids Javelin and Javelina.

Their effectiveness hasn’t been lost on foreign defense departments either.

Earlier this week, the United Kingdom got the green light to buy hundreds of Javelin Lightweight Command Launch Units at an estimated cost of $300 million.

Also this week, the State Department cleared a $74 million deal to sell 222 Javelins to the Brazilian military despite no apparent need for them.

Meanwhile, the U.S. Army has opened a competition to find a next-generation MANPAD weapon as it simultaneously restarts the Stinger production line to backfill munitions sent to Ukraine.

“We’ll be producing Stinger missiles for some number of years, while also starting a new development program for the missile that follows it,” said Doug Bush, the assistant secretary of the Army for Acquisition, Logistics, and Technology.

That’s why I recently launched a stock trading service that specializes in tracking the defense industry through government disclosures, patent filings, and insider contacts.

So check that out if you haven’t already.