How to Beat Washington at Its Own Game

One more reason you can never trust a politician.

On April 4, 2012, President Obama signed the Stop Trading on Congressional Knowledge (STOCK) Act, which supposedly put an end to the controversial (and legal) practice of congressmen and senators trading stocks based on material, nonpublic information, often in sectors that they influence, i.e, insider trading.

Congress quickly passed the bill just months after a 60 Minutes episode exposed members of Congress for exploiting their positions of power by trading stocks and making millions in the process. Speaking on the House floor about the bill, Nancy Pelosi said, “We are here to do the people’s business, and not to benefit personally from it.”

Journalist Steve Kroft opened the program by saying this about the motivation behind many who join the congressional ranks:

Few of them are doing it for the salary, and all of them will say they’re doing it to serve the public. But there are other benefits: power, prestige, and the opportunity to become a Washington insider, with access to information and connections that no one else has in an environment of privilege, where rules that govern the rest of the country don’t always apply to them.

Kroft also exposed the little-known practice of “political intelligence,” where former congressmen and staffers gather valuable nonpublic information from those working on Capitol Hill and sell it to hedge funds and traders on Wall Street, which looks something like this... 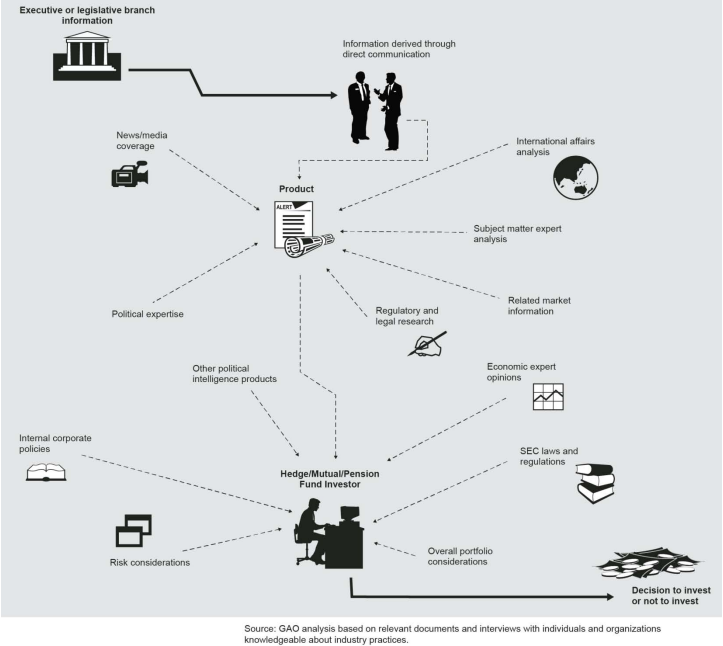 The STOCK Act defines political intelligence as containing the following types of information:

Last week, we got fresh evidence that despite the STOCK Act being passed almost a decade ago, certain members of Congress have flat-out ignored it.

Who would do such a thing? Well, you guessed it — the Speaker of the House herself, Nancy Pelosi...

Pelosi and her husband, Paul, have found themselves in hot water yet again after Fox News anchor Jesse Watters released an investigative episode into the Speaker's net worth, which rose from $114.7 million in 2018 to $315.8 million in 2020... not to mention the millions of dollars’ worth of real estate the two have collected over the years.

Paul participated in 10 such offerings, including Visa’s, one of the largest IPOs in history. He purchased 5,000 shares at $44. At the time, a bill was making its way through the House that would have penalized credit card companies for their swipe fees, costing Visa in particular billions of dollars. Fortunately for Paul, the legislation was blocked by Nancy. As for Visa, its stock rose 45% two days after Paul’s purchase.

Second, Paul timed his options trades based on insider information, plain and simple. He bought 25 call options to control $1 million worth of Tesla (NASDAQ: TSLA) stock on December 22, 2020. A month later, President Biden signed an executive order calling for the federal transition to clean, zero-emission vehicles. In June of this year, Paul made $5.3 million exercising Alphabet (NASDAQ: GOOG) call options just before the House Judiciary Committee voted on antitrust regulations to break up Big Tech (he didn’t want to be holding call options if the stock went down). And he exercised $2 million worth of call options on Microsoft (NASDAQ: MSFT) on March 19, right before the company announced a $22 billion deal to provide the U.S. Army with its HoloLens headsets.

And the sad truth is it’s happening on both sides of the aisle while Congress raises the debt ceiling, destroys our currency, and raises taxes to pay for its failed policies.

Remember when Republican Sens. Richard Burr and Kelly Loeffler sold stock right before the COVID-19 pandemic hit, or when John Kerry bought pharmaceutical company stocks while Obamacare was being pushed through Congress?

Members of Congress can’t truly serve the American people if they’re set on fattening their wallets with every piece of legislation that passes.

As for the taxpayers? We’ll just eat our cake while the republic burns.

Look, there’s nothing wrong with making money in the stock market. But the evidence is clear that greedy politicians are profiting while we suffer. The Pelosis are clearly insider trading. It’s easier to prove that case than Martha Stewart’s.

But some retail traders are fighting back by taking to the internet and mirroring Pelosi’s trades. In fact, Nancy’s now a TikTok meme. She’s being called the queen of investing... 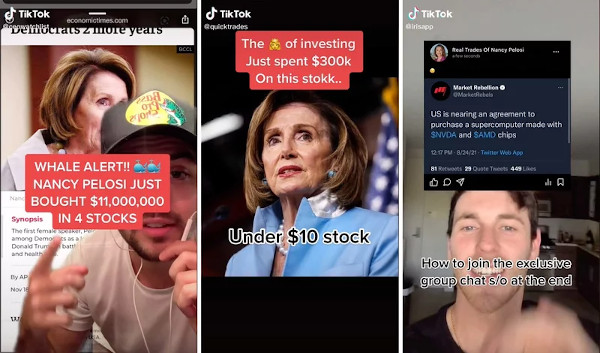 The only problem is Nancy Pelosi doesn’t own any stock, according to her spokesperson. So retailers are actually following her husband, who, as I mentioned above, is known for exercising call options to purchase stock on the cheap. So unfortunately, the retailers are late to the game yet again. And as I’ve said before, blindly following the insiders is a surefire way to get burned.

It’s incredibly difficult to hold members of Congress accountable for insider trading, but with the economy at 5% inflation and the median annual wage having decreased from $40,000 in 2019 to $34,249 today, people are angry. It’s highly unethical for people who are salaried with our tax money to make a profit on information that the average citizen doesn’t readily have access to.

I hope this investigation doesn’t go away. We need to hold these people accountable.

Two solutions are term limits and getting rid of politicians’ pensions. Political office should be held as a service for the people, not a career. And receiving millions of dollars in donations for campaigning should be illegal.

But while this nonsense is still going on, there’s a better way to play it than following amateurs on TikTok and Reddit.

What You Can Do

My colleague Jason Williams saw these types of financial dealings firsthand at Morgan Stanley, where he sold IPO shares directly to big-shot clients.

These millionaires would then turn around and sell the shares at inflated prices to retail investors like us.

Once Jason saw the little guy getting taken advantage of, he quit and set up his own business to bring these lucrative investments to the average investor.

But he kept his network of contacts that alerts him to the best angel investment deals on the market, and he’s bringing them to you today.

This is the next-best thing to being on Capitol Hill gathering political intelligence yourself.

In the coming months, I'll show you some fresh insider trades. In the meantime, here’s how you can beat these corrupt politicians at their own game.