One of the hardest things about investing is learning to expect the unexpected.

The truth is that no matter how much we know, or perhaps think we know, the market has a way of surprising us.

Gains can turn to losses, and losses to gains, on a dime.

I was reminded of that this week when unaffiliated third parties intervened not just once but twice on my behalf.

In both cases, stocks in my Wall Street’s Proving Ground and Secret Stock Files portfolios were bought out, resulting in a pair of quick double-digit gains.

First, Maxar Technologies (NYSE: MAXR) was acquired by private equity firm Advent International for a premium of over 100%.

This was a long time coming for Maxar.

It’s always been a good company, but over the past year it was besieged by a few isolated setbacks and a broader market dive.

You see, I first recommended Maxar in April 2021.

I was really confident in the pick, so naturally, the stock tanked almost immediately.

First came news that a satellite it produced for Sirius XM had faltered.

Then, a few weeks later, the company delayed the launch of its next-generation imagery satellites, WorldView Legion, as a result of COVID issues and supply chain bottlenecks.

I could have sold. And maybe a more disciplined investor would have.

Instead, I went the opposite direction and held on in the hopes that things would turn around.

After all, Maxar is a world leader in satellite technology and satellite imagery/data — which are both strong, dynamic markets.

You’ve probably even seen some of the company's highly detailed pictures of Ukraine, as it’s been monitoring and documenting the war there. 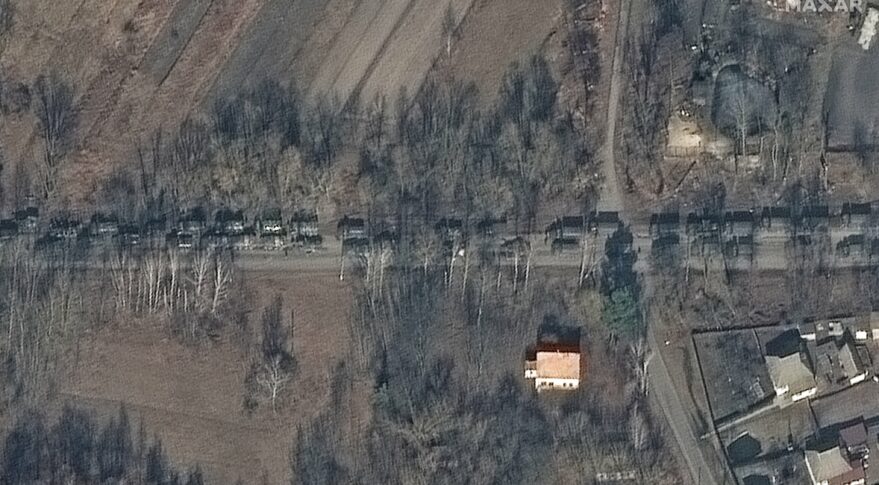 It’s really been a good opportunity for Maxar to show off its capabilities and intelligence.

I guess Advant’s been impressed with them, too.

The private equity firm is paying $53 per share in cash for Maxar, which was trading at just $23 at the time of the announcement.

Unfortunately, because I bought in right before the stock stumbled, I was only able to lock in a more modest 35% gain.

Of course, that’s better than nothing — especially in this market.

And anyone who had the gumption to buy in after my initial recommendation and stick with it made out even better.

Again, it just goes to show how quickly things can change and what a little faith can get you.

In any case, in the immediate wake of the Maxar development came news of another buyout — this one of a rocket motor manufacturer I’ve been pitching all year.

That wasn’t such a shock.

The company’s chief rival was bought out by Northrop Grumman (NYSE: NOC) a few years ago, so it was the last independent player in its industry.

It was also targeted for acquisition by another defense giant back in 2020, but that deal fell through, paving the way for this one.

I actually owned the stock back then too. So I pocketed a 45% gain on that deal. And when it collapsed I bought back in, leading to this week’s 41% gain.

Maybe this merger will be thwarted by federal regulators too and I'll be able to go for a triple. I could spend the rest of my career banking 40–45% gains every two years.

Or, more likely, this merger will simply go through.

Now, obviously, there is a little more to this than just luck.

That is, if you look at both these companies you’ll see that they have something in common — something I’ve been banking on as an investor and analyst for the past five years.

That is, they’re both in the defense sector.

As I mentioned, Maxar makes money selling satellite and data access to corporations and governments, which use it to spy, inform, map, guide, plan, track, and coordinate.

The U.S. government is actually its biggest customer, and it’s inked other deals with dozens of intelligence agencies around the world.

Meanwhile, the rocket motor manufacturer makes propulsion systems that are used in a wide variety of missiles...

Like the Javelin, for instance, which I’ve talked about here previously. The company is also the driving force behind Tomahawk, Trident, and Patriot missiles, as well as the Minuteman and THAAD missiles guarding our country against a potential nuclear strike.

Given that, it’s no surprise larger defense contractors are falling over themselves to acquire it.

And honestly, that’s pretty routine for the defense industry, which is prone to consolidation.

That can really be a double-edged sword when it comes to investing. Sure, it results in some tidy M&A profits, as we’ve seen here today...

But it also makes it difficult to find smaller players to invest in — thus limiting investors to the more modest, steady gains of blue chip stocks like Northrop Grumman (NYSE: NOC) and Lockheed Martin (NYSE: LMT).

Don’t get me wrong, those are perfectly fine. Both Lockheed Martin and Northrop Grumman are in my portfolio, and they’re up 35% and 40%, respectively. And that’s not including their clockwork dividend payouts.

But some growth would be nice, too. Not just double-digit but triple-digit gains.

And that’s why I launched Secret Stock Files, which focuses on smaller companies working on futuristic war-fighting technology that hasn’t yet gone mainstream.

Those are the takeover targets of the future.

For example, my latest report for SSF details a company that makes heads-up displays for fighter pilots.

Its scopes, displays, and helmet visors use augmented reality to keep war-fighters aware of any relevant data without distracting them from their target or mission.

The technology even goes so far as to provide X-ray vision in some cases.

You can find out more about that and my Secret Stock Files investment service here.