Gold continues to show its strength and prove the doubters wrong.

After finishing October above $1,500, gold prices dropped like a pet rock in November down below $1,450, giving bulls yet another reason to doubt themselves.

Technically, it needed to hold ~$1,460 at the end of November or risk falling even further. And hold it did, rallying on the last day of the month to hold that level, and surging the first few days of December to nearly $1,490. 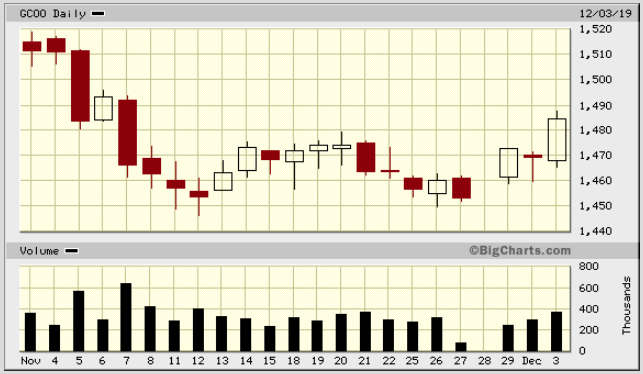 The bull market remains firmly intact as far as the gold price.

Elsewhere, there are signs the gold market is heating up as well.

The past week has seen three separate billion-dollar deals in the space.

With the gold price breaking out of a six-year base to a new gold market, producers have enjoyed good returns this year as the widget they produce suddenly costs more.

But the fact remains that new gold discoveries have been scant in recent years and producers need to buy quality projects to replenish their reserves. 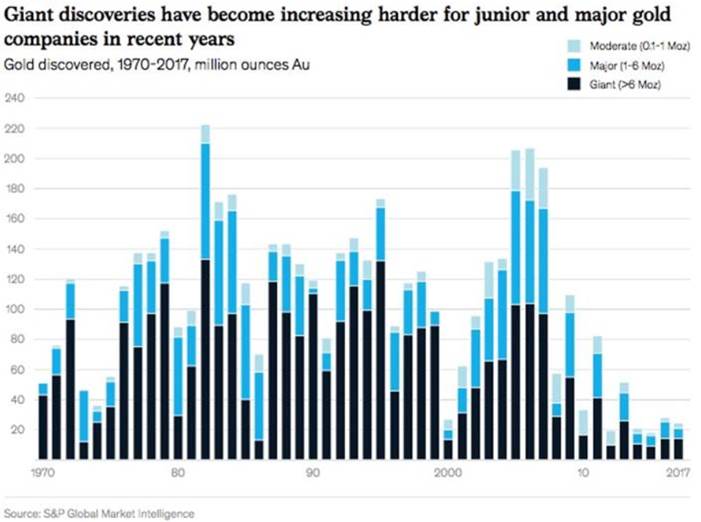 All this is happening against the backdrop of a record-high stock market that has made lots of people rich(er) over the past decade. Investors have been content to buy stocks with little need for safe havens.

But it may not be fear that sends investors into gold. It could end up being good old fashioned greed as those typically agnostic to the metals start seeing the deals going down and the fundamentals reveal it to be a must-own sector.

More and more investors are going to start realizing there is a bull market going on in precious metals despite commodities being grossly undervalued compared to stocks. 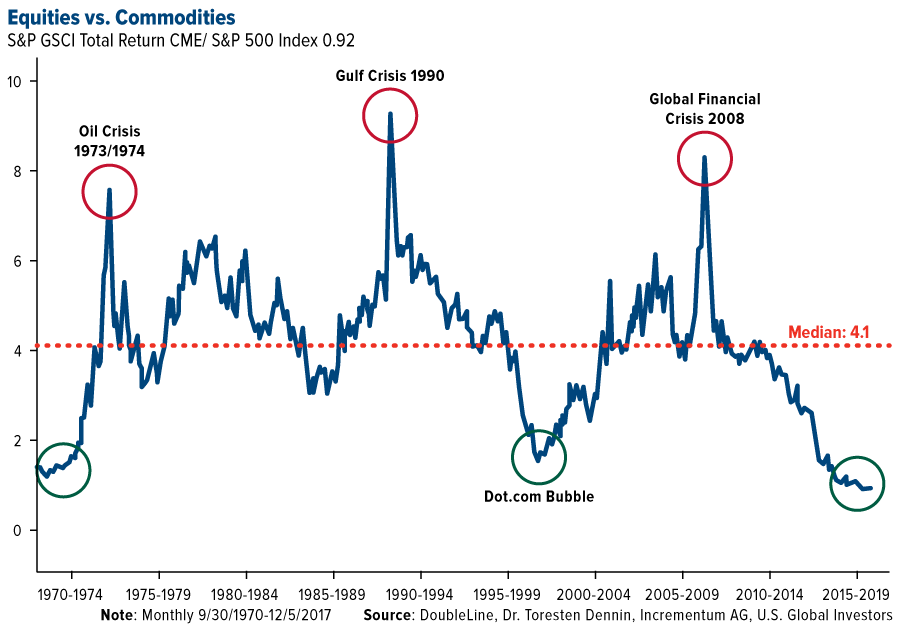 Forget global debt and negative interest rates (only for a second, because they will certainly help fuel this golden fire). The most basic economic forces are all but mandating gold prices remain buoyant.

It’s largely remained under the radars of most investors… but you can only ignore billion-dollar deals happening daily for so long.

The herd will catch wind soon.

All-Time Record-High Gold Prices Are Here
All-time record-high gold prices are here, are you taking advantage? If not, don't worry. Outsider Club founder Nick Hodge has some good news for investors...
Negative Interest Rates Are Gold's Biggest Positive
Money goes where it is treated best and right now that is gold. Record gold prices will be coming to a dollar near you very soon. Outsider Club founder Nick Hodge clues investors in as to why...
Hard Truths for Gold Investors
Outsider Club founder Nick Hodge was interviewed by Kitco News this past weekend while attending and speaking at the Silver & Gold Summit in San Francisco. It gives a good overview of where we're currently at in the gold bull market, as well as what's needed to take it to the next level...
Heal Your Ailing Portfolio Body