Gold Is in a Raging Bull Market

My net worth has barely budged over the past three months.

There’s a lot of pain out there. “Stocks” are down 15% for the year as measured by the S&P.

But the S&P and the Dow do not a market make.

There is a range of things you can own besides stocks.

I hold a lot of cash, for example. Cash (DXY) is in a raging bull market compared to stocks. 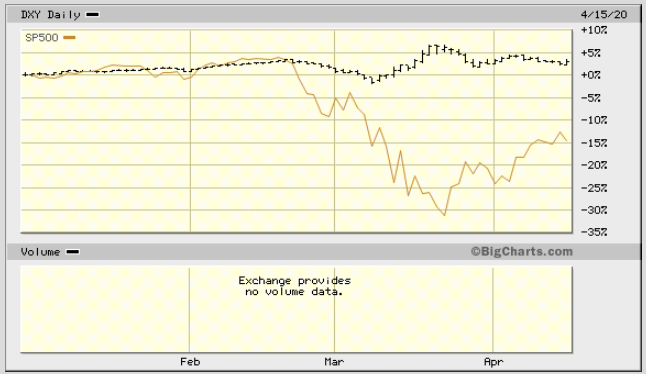 Let me quantify a lot so you learn something. Of my liquid assets — not my house, property, life insurance, annuities, etc. — I am sitting on 15% cash.

I also have some precious metals — 3%. If cash is in a bull market this year then gold is in a raging bull market. It is up as much as the stock market is down. 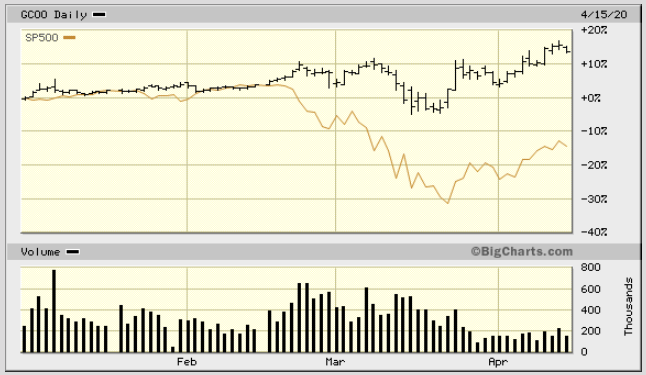 I am 26% in long-term, low-cost funds in a retirement account. That’s where the losses have come.

The balance — some 56% — is at work in various personal accounts, primarily in speculations. I’m a speculator, if you didn’t know.

The bulk of those speculations you won’t be surprised to learn are in the precious metals space. With the caveat that this is highly risky and not appropriate for most people, it has been these speculations that have allowed my overall balance to largely be unphased while everything else in the world is melting down.

I’ll even take you through two of my top speculations by current value.

The first is the gold company I told you about last week that was able to strike a deal to buy an old prolific gold mine and will take it back into production. Management of that company is seasoned and was able to get very favorable terms for shareholders. And so far this year the stock has gone up more than 150%. 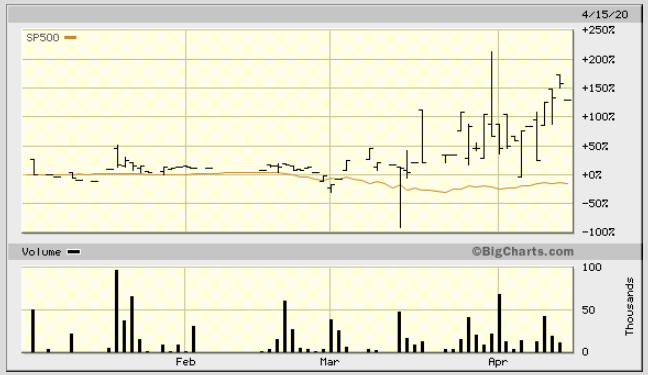 And I’m expecting much more from that gold company as it closes the deal and brings the mine back online.

The second one happens to be a biotech company. Your editor is agnostic, remember. Neither gold nor anything else is my God. This is an antibody company I’ve owned for more than three years. It began using artificial intelligence to discover antibodies to combat COVID-19 back in February and has already made significant headway. It has identified many potential candidates and is in the process of selecting the best ones to validate in its lab.

Those shares are up 60% this year. 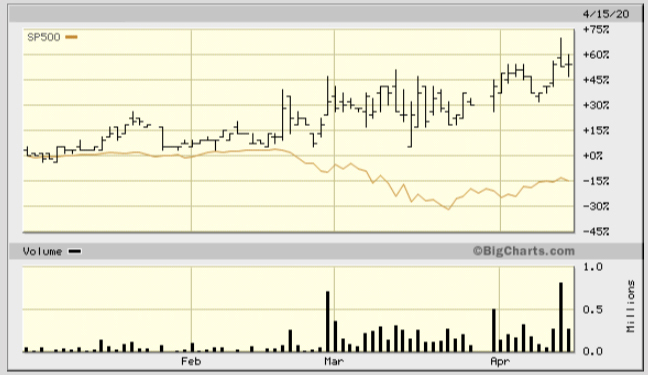 I’ve never had a financial advisor and I don’t watch CNBC.

I’ve never owned Tesla or Beyond Meat or Facebook or any of the other momo stocks. Maybe I’m not cool.

I’m not a trader either. I’ll dabble from time to time but mostly short bets on volatility or the direction of entire sectors.

I just never understood how to build wealth trading. Like, are you putting significant capital into a trade on fake meat? Or a bet on Tesla’s earnings? Kudos to the people who can make that work.

But my suspicion is that kind of stuff is more infotainment than not, presented more often than not by people who aren't doing the same with what little capital they have.

Sure, hedge funds and professional traders may do that stuff. But not many people I know do that. And the ones who do aren’t wealthy.

Over the past 10 years literally anyone could’ve made money in the stock market. I certainly did.

But it’s a bit harder now facing the fastest and largest economic halt since The Great Depression.

Wheat is being separated from waste quickly.

It’s easy to see who doesn’t have a clue and who isn’t personally navigating meaningful amounts of capital.

I don’t need a V-shaped stock recovery. I don’t need bailouts. That stuff’s for people who needed it all along.

Making money on stocks that go up because they got bailed out is not capitalism. It is not how the system should work. It is not something to brag about.

I will continue to make money on my own terms while pointing out, scoffing at, and mocking those who would prefer some sort of nannyfied, socialized, bastardized form of the system that’s in place to prevent those very things.

And right now that means owning these gold stocks.