Full Faith in the Fed & Government to Solve Coronavirus Fallout

Everything will be fine.

We’ll all be back at work and filling up stadiums and paying for $10 beers to distract us soon.

The Fed and the government got this!

Whether it’s unlimited bond purchases, buying ETFs, or heck, even taking direct ownership in companies, I have total confidence in the Federal Reserve to fix this crisis immediately and get us back to full employment.

They have plenty of tools left, including taking rates negative in the United States, which will certainly have positive long-term consequences for anyone who’s saved anything.

I know the government won’t pick crony winners and losers and is doing everything it can to help everyday Americans, just like the President and Congress do day in and day out.

President Trump and the federal agencies are on it, just like they have been since January when this virus started spreading in the U.S. and they were telling doctors to stop testing.

Health care workers will have all the personal protective equipment they need. State governments won’t be fighting over resources. And doctors and nurses certainly won’t be threatened with being fired for speaking out about not having enough equipment.

That would never happen in the United States!

And of course, we were on totally sound economic footing coming into this crisis, so we’ll be able to bounce right back.

It’s not like 40% of publicly traded companies were already unprofitable before coronavirus.

Those companies won’t have to draw down on credit lines — usually a last resort — because everything’s all good.

No way the credit market tightens up or freezes!

It’d be another story if S&P earnings growth was already negative headed into this. Then we’d really be screwed. 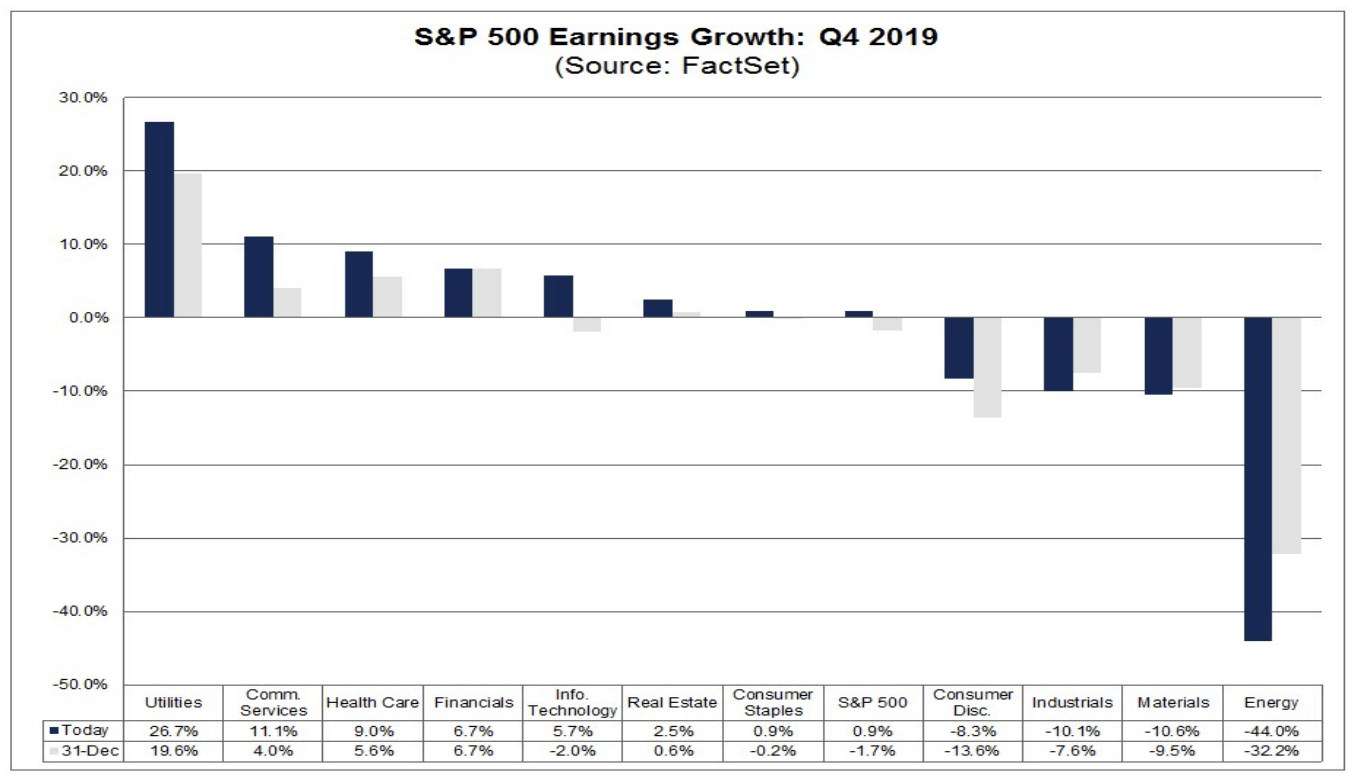 And if -1.7% earnings growth at the end of last year took us to record highs… just wait until you see this earnings season! It’s going to be tremendous.

No way the 3.3 million jobs we lost last week is a similar number this week. Or next week.

A little government stimulus is plenty to offset all that unprofitability, debt, and the economy coming to a dead stop.

Berkeley economists saying the government should pay companies’ wages, rents, and other essential costs totally have this all figured out.

If we need more stimulus we’ll just keep printing. We’ve figured out how to defeat gravity!

Oil at $4 per barrel in Canada is totally a consumer stimulus and not a harbinger of a severe and extended slowdown.

This is gonna be rough no matter how the bulls and MMT folks try to spin it.

Hold some cash and own some of these gold stocks.