Final Warning: Protect Yourself Before It's Too Late

When I hung my hat on the docks, I had a lot of time to myself.

As my boat rocked back and forth in a little inlet on the Chesapeake Bay, I fell asleep most nights with my face buried in a good book.

The last book I read on the boat was James A. Michener’s epic Chesapeake.

Sometimes a book can put your whole life into perspective or just give you important context that you wouldn’t have had otherwise.

At the time, to make ends meet, I worked as a high school substitute teacher in a predominantly poor, rural community.

It seemed that most students were getting a decent enough education.

They had good math skills and were well-versed in science and technology.

But I noticed something peculiar about many of the students.

One massive component of their education was missing...

It was clear they were never taught history.

Or, at least, they were never taught the important stuff.

Like how easily cruel and evil human beings can manipulate each other and inflict physical and emotional harm for generations to come.

They had no idea who Stalin was...

They barely had a grasp on Hitler and how he terrorized the entire world.

And ancient history and philosophy?

For whatever reason, kids just aren’t taught this stuff.

Perhaps their teachers never learned it either.

Some of it comes from a lack of personal curiosity toward reading historical texts and nonfiction.

But the main cause is clearly systemic.

We know this because it’s a U.S. phenomenon.

Global English Editing recently found that 35% of people around the world have read more since the pandemic began, but Americans are woefully behind in reading comprehension. 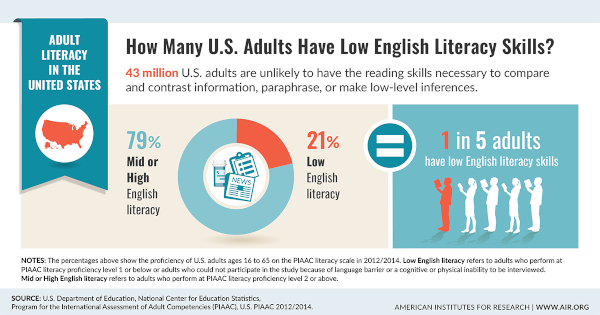 On top of that, the Organization for Economic Co-operation and Development found that just 2% of readers across the developed world have a reading comprehension level high enough to “integrate information across multiple dense texts; construct syntheses of similar and contrasting ideas or points of view; or evaluate evidence-based arguments.”

It's not encouraging at all, especially since we know that those who control the flow of information control the people.

And if the people can’t read or comprehend what they’re reading, those who can have a distinct advantage, one that can easily be used for ill.

Clinical psychologist Jordan Peterson wrestled with this phenomenon in a recent interview with University of California professor Johnny Bigger.

He then talked about his own students at the University of Toronto and how no one had ever taught them what happened in the Soviet Union, Maoist China, or Cambodia.

This in turn leads young people to place blame in the wrong places.

He continued, “Young people see inequality in the world, and they see some of the painful consequences of inequality — because there are painful consequences — and then they’re enticed into finding a quick source of blame that requires no thought and also enticed into manifesting a moral virtue that is neither moral nor virtuous... They’re looking for easy answers and people to blame for the remaining catastrophes in the world.”

Peterson’s solution is for each person to create the most noble vision of themselves, given the fact that we have today more than anyone has ever had before in history.

And while some people may have more than others, which is always the case, we’re doomed if we let bitterness, resentment, and historical ignorance get the upper hand.

It’s no secret every kid has an iPhone or iPad these days.

But instead of using these pieces of technology to help educate our kids and get them over the learning curve required for reading comprehension, we allow our kids to willingly give away all their data to Big Tech or, worse, to China via TikTok.

We’re making Big Tech rich while we get dumber.

Stanford University found that the pandemic stalled successful reading skills in U.S. children, causing reading fluency in second- and third-graders to lag 30% behind where it should be...

Results from a reading assessment given to first- through fourth-graders nationwide showed that the students' development of oral reading fluency — the ability to quickly and accurately read aloud — largely stopped in the spring of 2020.

The point is, again, a population that can't read can be controlled.

And that’s exactly what’s coming down the line if we’re not careful.

My colleague Alex Koyfman sounded the alarm bells this week about a communist-style social credit system that’s being implemented in the U.S. as we speak.

Imagine Big Tech having access to your data and giving it to the government, which then assigns you a "trust" score based on your search history.

Or Visa giving your credit card statement to the White House so they can see what you've been buying.

If it's guns and ammo, you're blacklisted.

This already exists in China, and thanks to the Biden administration and Silicon Valley, Alex says this social credit system is right around the corner.

But there’s one step you can take to protect yourself today.