Twisted Tales from the Financial Industry

That's a shame, because these are likely the institutions you rely on for your financial well-being.

Why were there so many scandals? What were they? And how are they affecting you?

People wanted their money out. They wanted it in their hands. And who could blame them?

It was then we learned the banks were not prepared to give clients their money. They had leveraged up. When Bear Stearns was on the brink of collapse, it had 32 times more debt on its balance sheet than equity. Merrill Lynch and Lehman weren't far behind. 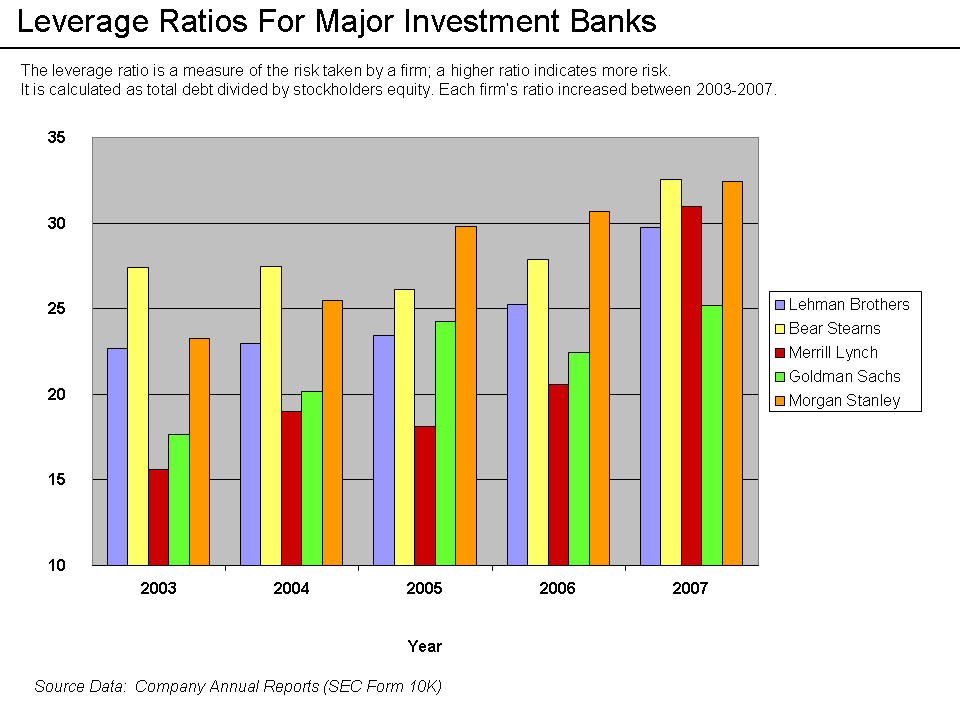 The U.S. Senate concluded the crisis was the result of “high risk, complex financial products; undisclosed conflicts of interest; the failure of regulators, the credit rating agencies, and the market itself to rein in the excesses of Wall Street.”

That's the polite way of saying banks invented lending products that allowed people to get loans they couldn't afford, and then invented investment products based on those loans predicated on the fact that home values would always rise — without oversight.

In other words, Wall Street had become the Wild West. And this almost undeniably began with the repeal of the Glass-Steagall Act in 1999 that removed the separation between investment banks and depository banks (creating too-big-to-fail institutions) and the Commodity Futures Modernization Act of 2000, which ensured the deregulation of financial products known as over-the-counter derivatives.

The government — under then President Clinton — gave the banks permission to do the things that led to the 2008 financial collapse. The government — under then President Bush — condoned the activities and bailed out banks with the Troubled Asset Relief Program (T.A.R.P.) when those activities led to the worst financial crisis since the Great Depression.

Both parties and the banks are to blame. As always, none of the three have your best interests in mind.

Five years later, banks are back to posting record profits while the median net worth of American families is still down 40% from 2007, and a search for “financial scandal 2012” will yield over 100 million results.

Some things will never change...

The name alone says a lot: These are just the “biggest,” implying there were many more.

But these aren't “scandals.” These are crimes. They're examples of fraud.

They're the epitome of why you need to drive a wedge between yourself and “the system.”

Here are what Forbes said were the “biggest” instances of that (parentheses mine):

You should notice several patterns here...

The first is that these “scandals” generate billions in profit for these institutions. The second is that the larger the institution and the more egregious the crime, the lesser the penalty. The third is that major corruption, rate-fixing, and money laundering isn't prosecuted; it's always “settled” so it can remain “alleged.” And finally, even if forced to pay a fine, these institutions often get to keep a portion of their ill-gotten gains.

It's still the Wild West on Wall Street. And the sheriff's being paid off.

What does all this mean for retail investors like me and you?

Well, some of the costs are immeasurable.

Because LIBOR is used to set trillions worth of loans, it's hard to tell how much was lost because it was manipulated. One estimate says my home city of Baltimore lost $6 million alone. The estimate for all states and localities is up around $6 billion lost.

But what do the bankers care? They pay a fine and keep a portion of their massive profits.

Emails from the banks manipulating LIBOR reveal bankers aren't worried about getting caught. This is LIBOR, responsible for $300 trillion in loans. If that's being manipulated, what do you think is going on with every other establishment bank deal?

Look at these quotes from the emails:

These guys were literally joking about enriching themselves at the expense of the rest of the civilized world. And that's really what this entire financial game has boiled down to...

How can banks and corporations continue to enrich themselves at the expense of the little man?

Check out the 2012 returns of the banks that committed the biggest atrocities compared to the S&P 500:

The banks committing the most atrocious financial crimes outperformed the market last year by at least 2.5 times.

Here's a more insightful look at it, and this should make your blood boil...

This is part of a February interview with Neil Barofsky, the man who was chosen to oversee the Troubled Asset Relief Program (TARP) (emphasis mine):

I was a federal prosecutor for eight years, and I got tapped to do this job. You know, life-long democrat getting appointed by President George W. Bush, which was the craziest thing ever. And I went down with my good friend Kevin Puvalowski, who was also a prosecutor.

And we just went into this alien world of Washington, where everything was sort of upside down. You know, we came from a culture where doing the right thing — you know, putting bad guys in jail is what you're supposed to do... but all of sudden we go into a culture where everyone was more concerned with looking out for themselves — the next newspaper report — rather than this giant financial meltdown that we had walked into.

... that was Treasury department inspector general Eric Thorson, and he and really a bunch of the inspector generals all sort of gave me the same idea that the idea is to have that perfect Goldilocks minimum. Like, don't be a lapdog, which was, you know, playing golf on the weekend with Hank Paulson or something like that; don't be too aggressive, being a junkyard dog, because you don't want to make too many waves and get people too upset with you...

You're just trying to go right in the middle and be a watch dog, which means basically don't make too many waves, but don't appear like you're too comfortable. What they were really talking about is the best way to keep your head down, keep your budget coming, and not rocking the boat too much, which is the best path to getting an even higher, better job in Washington. And that's sort of the way the town works.

When it came to the banks, anything and everything was on the table. Saving the banks was priority 1, 2, and 3. But TARP was supposed to help homeowners. It doesn't get out of Congress if not for that promise to help up to 4 million people stay in their homes. But there was almost no effort, and the justification for not doing the right thing: not reducing principal, not fulfilling that promise, among them was, like, “oh well, we can't help an undeserving homeowner. That would be terrible if we accidentally do that.” Meanwhile, the financial institutions that drove this country into the ditch — all the unemployment, the trillions of dollar in lost wealth... Those guys? Let's not only get them their money, but let's make sure they're still able to pay their billions of dollars in bonuses. Let's not upset that, because that might upset the system.

The largest banks did and still do hold a gun to our head. They hold us hostage. They can't be indicted because if you bring criminal charges against them, you'll bring them down — and that'll bring down the entire system. You can't be too tough with them for the same reason. You can't break them up, because that'll tear down the system...

It's all preserving the status quo and keeping their power, their political power — which is so strong in Washington — intact.

And here's part of a February interview with Helaine Olen, author of Pound Foolish: Exposing the Dark Side of the Personal Finance Industry:

My conclusion is that we were sold all of this as a way around income stagnation and income inequality. You know, for 30 years our incomes have fallen. Net worth plunged 40% between 2007 and 2010. And this entire industry of everybody from Suzy Ormann to CNBC built up saying, “Hey, we have the answer. We are going to help you,” — often forgetting, by the way, to mention that they were selling the products that going to help you, supposedly.

Jim Cramer, in fact, someone did a study of his picks a few years ago. And they found the best thing you could do, if you wanted to make money, would be to immediately short, or bet against, anything he mentioned as a buy. Because people hear what he's saying and the price goes up, and then, a couple of weeks later, it comes back down.

These empires of personal finance really built up, in part, as a response to changes in the retirement system. It used to be that we all got pensions — and we all know what happened to those pensions... We now have 401(k)s, they don't do as well for people, but they do really well for one segment, and that's the financial services industry — which makes money win or lose.

That's your current “system,” a word used in both of those interviews.

It's a system where incomes have fallen for 30 years... where net worth has fallen 40% since 2008... where half of the country is living paycheck to paycheck...

And yet a system where bankers and politicians still only look out for themselves.

When will you stop playing their game?

Nick is an editor of Energy & Capital and the Investment Director of the thousands-strong stock advisory, Early Advantage. Co-author of the best-selling book Investing in Renewable Energy: Making Money on Green Chip Stocks, his insights have been shared on news programs and in magazines and newspapers around the world. For more on Nick, take a look at his editor's page.