Tesla needs to partner with this company to keep its business afloat...

Elon Musk’s made some bold predictions over the years, most of which haven’t come true.

He’s made a name for himself as the boy who cried wolf.

In 2017, he launched Neuralink, a company that creates brain implants to help repair and reverse severe brain and spinal cord injuries. Musk predicted the brain microchips would be widely available by 2021. But the company’s not even close to mass-producing the technology. It’s already 2022 and experts are expressing concern over human trials. It’s a bold idea, but it remains to be seen whether this tech will ever be available in the future.

We’ll give him a pass on that one since he’s not a brain surgeon. But cars? Now that’s something Musk should know about.

In 2019, Musk marketed his Tesla Cybertruck as having bulletproof glass. According to the company’s website, the patented Tesla Armor Glass is an “ultra-strong glass and polymer-layered composite [that] can absorb and redirect impact force for improved performance and damage tolerance.” At the big reveal of the truck in 2019, things didn’t go as planned when an employee tested the rigidity of the glass by throwing a heavy steel ball at it... twice for good measure. 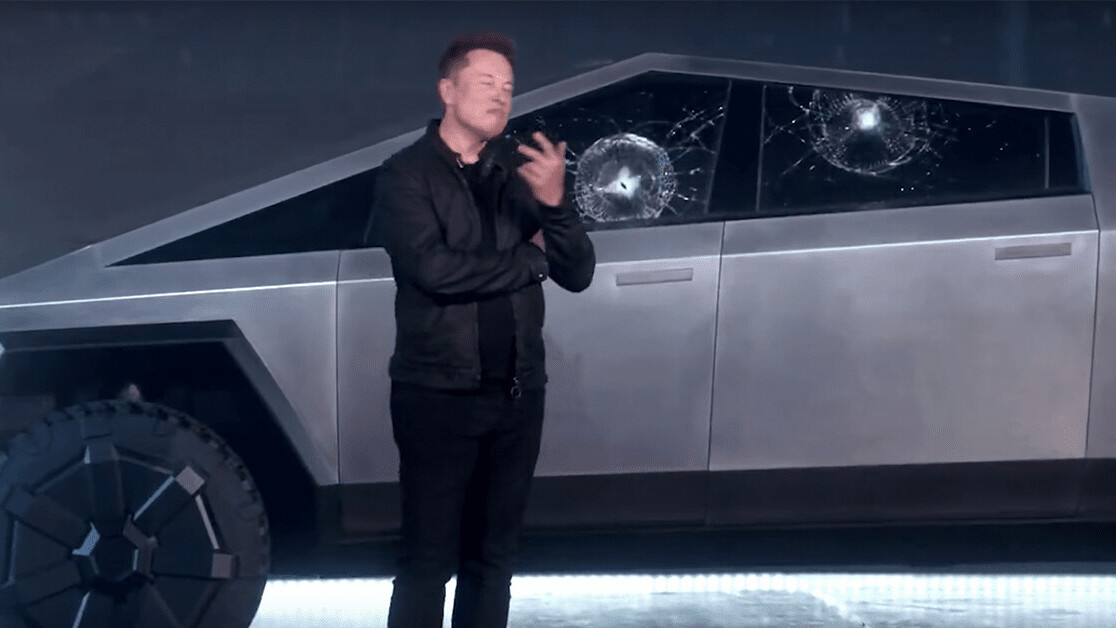 Back to the drawing board for ol' Musk. After all, there’s no such thing as true bulletproof glass. As for the internals of Teslas, you’d at least expect the electronics to be top-of-the-line... but you’d be mistaken.

Most infamously, Musk predicted that by 2019, the world would have self-driving cars on the road that would be so sophisticated that the driver could sleep while letting the car do its thing. He also said Tesla would have one million autonomous “robotaxis” on the road in 2020. But on August 16, 2021, the National Highway Traffic Safety Administration (NHTSA) opened a formal investigation into Tesla’s autopilot system. The NHTSA has identified 12 crashes linked to the flawed system so far. Needless to say, you don’t want to get caught sleeping behind the wheel of a Tesla.

But Musk’s a businessman, an entrepreneur... so he should be able to predict forward revenues for his own company, right? Unfortunately, that hasn’t been the case either.

If you take this year’s revenue, around $6 billion or thereabout, and if we’re able to maintain a 50% growth rate for 10 years and achieve a 10% profitability number and have a 20 price-to-earnings ratio, our market cap would be the same as Apple’s is today.

As of this writing, Tesla’s market cap sits at roughly $1 trillion, while Apple’s is nearly $3 trillion. Tesla’s got some more work to do to... 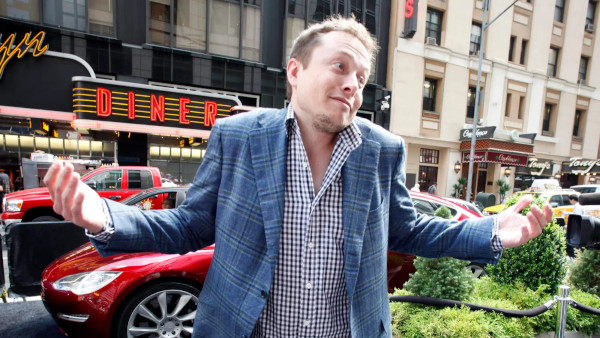 In fact, Tesla only just began operating in the black. Up until July 2021, the company wasn’t even selling enough cars to turn a profit.

You see, the state of California requires automakers to sell a certain percentage of zero-emission vehicles. If they don’t meet that quota, they have to buy regulatory credits from an automaker that does, e.g., Tesla. In 2020, Tesla received $1.6 billion in credits with a net income of just $721 million, meaning it would have lost money had it not been for those credits.

By now, you’ve surely noticed a pattern from the richest man in the world. Make bold predictions, throw ideas out there, and see what happens. And with a net worth of nearly $250 billion, he can afford to get away with it. He’s able to create hype around a new technology as well, something I call the “Musk effect.”

And this year, he’s making his boldest prediction yet. Musk is taking a step back from car manufacturing and focusing on something he calls his “most important product,” which he believes will streamline not only Tesla’s business but the world economy as a whole.

This is something we need to pay attention to...

Musk’s latest prediction is that robots will soon be a part of our everyday lives.

But not just any robots...

In one of Tesla’s recent earnings calls, Musk said the company’s developing a “humanoid robot” this year...

So in terms of priority of products, I think actually the most important product development we’re doing this year is actually the Optimus humanoid robot. This, I think, has the potential to be more significant than the vehicle business over time. If you think about the economy... the foundation of the economy is labor. Capital equipment is distilled labor. So what happens if you don’t actually have a labor shortage? I’m not sure what an economy even means at that point. That’s what Optimus is about. So very important.

Believe it or not, the company’s delaying production of its Cybertruck, Semi electric truck, and sporty Roadster until at least 2023 so it can bring this robot to life.

So if you thought this kind of technology wasn’t coming for years down the road, think again. Musk plans to start testing the Optimus bot at Tesla factories by having it move parts around.

It’s exciting but also a bit terrifying. Take a look... 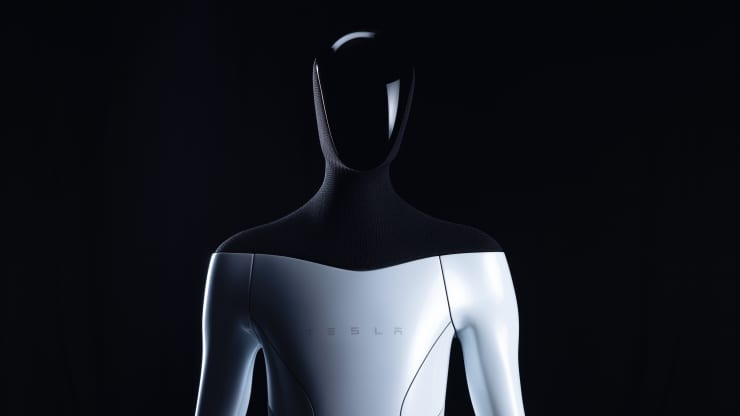 I wouldn’t want to be alone in a room with that thing...

But it’s a powerful idea, one that could reshape our entire economy. And if he gets it right? Well, it could make him even wealthier.

But there's one glaring problem. Whether it's Musk's EVs or Optimus robots, Tesla needs more lithium to power them, and the supply is being choked off.

The Elephant in Tesla's Showroom

The entire EV market is on shaky ground right now for one important reason.

The cost of lithium — one of the primary metals used in EV batteries — has skyrocketed, up 400% in the last year.

If lithium goes up, that means EV prices go up as well, something car manufacturers can't afford to put up with, especially with sky-high inflation and rising interest rates.

Elon Musk is frantic, tweeting this on Friday... 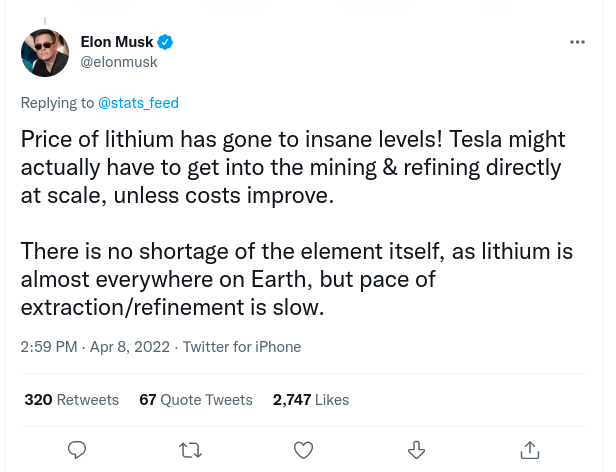 Lithium demand has increased so much that President Biden wants all lithium we use produced here in the U.S. Outsourcing lithium production has been classified as a national security threat, with the president enacting the Defense Production Act to make sure we know where our lithium is coming from.

Sure, there's no "shortage," but if you confine mining to just the U.S., it will choke off supply, which means in order for Musk and other battery makers to keep their businesses alive, they'll inevitably need to get their lithium from an alternative source.

That's where this little-known company comes into play. It's the only company producing lithium in the U.S. without mining it, which brings costs down — pretty fascinating stuff. And Musk will have no choice but to sign a deal and start taking his lithium shipments directly from it.

Look, not all of Musk’s predictions are moonshots. He did disrupt the entire automotive industry, after all. But as he moves forward with his latest multimillion-dollar project, he's going to need this company's lithium...

And he's going to need a lot of it.