Did You Hear About the Crashed Russian Jet?

Did you hear about the Russian jet that crashed outside of Kyiv?

It ran out of coal.

But if Ukrainian intelligence is accurate, 150 Russian aircraft have been successfully downed over the course of the war so far.

And if British intelligence is correct, at least one of those jets was shot down by fellow Russians in a friendly-fire incident.

"We've seen Russian soldiers — short of weapons and morale — refusing to carry out orders, sabotaging their own equipment and even accidentally shooting down their own aircraft," said Jeremy Fleming, head of Britain's spy agency Government Communications Headquarters (GCHQ).

That's pretty crazy, since Russian air power was thought to be a decisive and potentially overwhelming advantage at the start of the war.

But with Vladimir Putin's forces now retreating from Kyiv, it's clear that much of Russia's military prowess was overstated.

And in the case of the fighter jets, we have yet another example of how technologically and tactically out-moded Russia really is.

For one thing, the Sukhoi Su-34, Russia's most highly evolved plane, is still just a variant of the Su-24, which was developed in the 1970s. It's not a fifth-generation fighter, like America's F-35.

Of course, the build and specifications of the Su-34 might not be the problem so much as the weapons it's carrying. Because while the Su-34 can carry guided munitions, it almost never does.

Instead, the Su-34 and its companion, the Su-25, carry unguided bombs, which means they have to fly much lower to the ground, underneath the clouds, to ascertain their targets. That makes them vulnerable to air defense batteries and even shoulder-launched rockets.

This stands in sharp contrast to the United States, which deploys thousands of satellite-, laser-, and infrared-guided missiles and bombs.

But again, even with smart bombs, these planes lack the stealth and survivability technology of the F-35.

That's because the F-35 is equipped with an advanced jamming system that tricks or suppresses hostile radars in the air and on the ground. Even if enemies manage to catch a glimpse or a blip, they can't track it or target it. Better still, the jet's turbofan engine masks and dissipates heat, which means heat-seeking missiles can't find it, either.

Better still, the F-35’s onboard sensors can collect and share intelligence, distributing data about potential threats to aircraft.

It even has an automatic ground collision avoidance system (Auto GCAS), which calculates where the plane would hit the ground based on its flight trajectory. If the jet is closing in on a collision with the ground, the onboard computer system will override the flight path and pull the aircraft away from a potential crash. That's hugely important because pilots can often be spatially disoriented.

But there's something else the F-35 has to help with that, too — brand-new, cutting-edge computer helmets.

F-35 pilot helmets are so advanced that they cost roughly half a million dollars just by themselves. And they're so precise that they need to be custom-fit for each individual pilot’s eyesight and eye measurements.

In return, an F-35 pilot gets to perceive air combat in a way no other soldier in human history ever has.

Its retinal matrix technology and liquid crystal display actually allow pilots to see through their plane, as one would with x-ray vision.

This is a revolutionary advantage as traditionally (for the past hundred or so years) pilots have had to maneuver their planes in order to see their targets.

The helmet also provides all the relevant data a pilot might need (their altitude, direction, air speed, etc.), as well as targeting information, warning systems, night vision, and communications. It helps the pilot to plot course and identify checkpoints and potential threats. 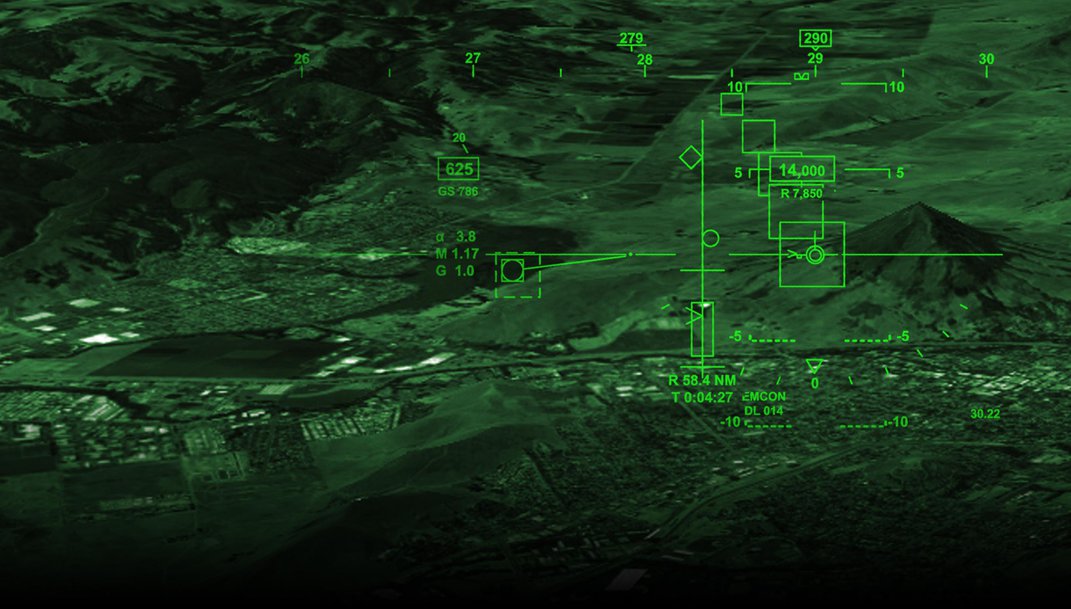 We are talking about 360 degrees of situational awareness and an encyclopedia of supplemental combat data plugged right into the pilot’s eyeballs.

Again, this is revolutionary because it means a pilot doesn’t have to divide their attention between their surroundings and a mounted display or screen.

We've talked before about hypersonic weapons as an area where Russia is ahead of the United States. But here, with respect to this type of capability, it's lagging far behind.

When the F-35 participates in training exercises, it typically defeats adversary aircraft at a rate better than 20 to 1. There's no question it would do the same in wartime against Russian fighters. And there's no way it'd be falling out of the sky at the same rate as the Su-34.

This is just the beginning, too. Because eventually every soldier in the armed forces will be outfitted with a smart helmet that enhances their vision, communication, and situational awareness.

It will detail their location, identify targets and allies, and monitor their health with biometrics. And it will share that information with a cloud-based command center.

Yes, soldiers are being computerized.

And that's why I've triangulated the company that's best positioned to profit.

It's a small company, too, not some big-league, blue-blood defense contractor. No, few people have ever heard of it.

That's why I just released a brand-new report on this very company, which talks about the F-35 helmet displays and a host of other military technologies.

I even made a 10-minute video that talks about the technology in excruciating detail.

I'd highly encourage you to check it out.