I’ve gotta tell ya, the past few years have been kinda rough for a perma-bear kinda guy like me.

Watching the stock market hit new high after new high for wrong reason after wrong reason, I knew the village wouldn’t believe when a wolf was truly on the prowl.

The wolf is here. Though it looks more like a bear.

Many are still in denial, grasping at the green days like life rafts. Hoping the bottom is in.

Others are starting to catch up.

The New York Times’ DealBook said this morning “there is little doubt that the economy is in its deepest downturn since the Great Depression.”

Lest you think those comments are politically motivated, German investment bank Berenberg said this week it will take the world two years just to make up what’s been lost so far in 2020.

Deutsche Bank says the U.S. and Europe will shrink by $2 trillion this year and $1 trillion next year.

Gold is at seven-year highs. It’s getting harder to get your hands on it. Gold, cash, and bonds are the only things that made it out of Q1 alive.

Guns are selling at a pace not seen since Sandy Hook.

And we’ve yet a long way to go for recovery, even if the virus has peaked as of today. The economy simply can’t come back as fast as it went offline.

My wife says it’s going to my head.

I take no pleasure in the carnage.

But I am confident in how I’ve positioned myself and my family for it.

My kids took a stroll to the pond yesterday through the Ponderosas. The dogs chased some twitterpated ducks. Not another person in sight.

It doesn’t dawn on them those millions of gallons of freshwater might come in handy in other ways.

Back in the house, they’re breathing air going through MERV 13 HVAC filters that filter viruses and bacteria. The same kind you can turn into a virus-filtering mask in a pinch.

Today they’re gonna bake a cake for our dog’s birthday with some old venison in the pantry freezer. He’s 11.

While they’re doing that I’m in the chair, doing what I do so they can do what they do.

While many folks are using hope as a strategy — hoping stocks go back to new highs, hoping the stimulus works, hoping it’s not a depression, etc…

We’ve long said what the response to any economic crisis would be. That crisis is here and the response is as stated: they are printing the shit out of the currency.

Trillions and trillions of it. From the Fed. From Congress. Loans. Paycheck protection. Bond buying. They said it is limitless.

What is not limitless is physical laws and economic reality.

While deflationary now, I can see inflation cresting the horizon simply given all the money that’s going to come out.

That, combined with record levels of global debt, makes gold a no-brainer. It has no counterparty risk, and always acts as a store of value when people start losing faith in the currency.

The gold response is happening now. Like I said, the wolf is here.

I don’t know which way the overall stock market will go over the next 6-12 months (I could make a case for much lower given the depression that’s coming. I could also make a case that the Fed’s printing press takes stocks to new highs simultaneously with a looming depression. I can position both ways.).

Either way, gold is going higher. You can see it this week as it rises alongside the “stock market”.

Gold stocks are going to go with it. One I own in particular has already gone up as much as 300% this year. 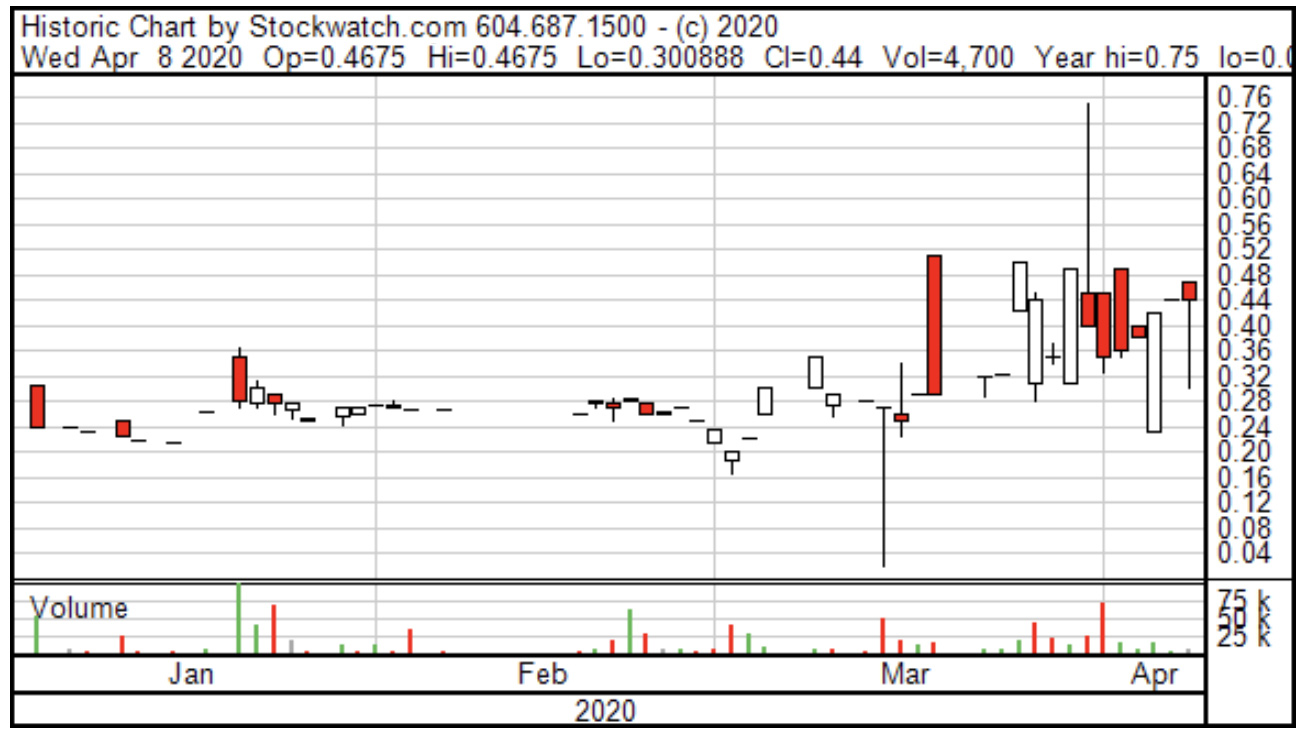 I own a bunch of it thanks to a recommendation from Gerardo.

One day a couple weeks ago I looked and there was a significantly higher total in one of my brokerage accounts. This company had signed a deal to buy an old prolific gold mine and will take it back into production.

It’s tripled on just the news. And much more is ahead.

That’s what quality junior gold stocks allow you to do in a rising gold price environment: Buy gold in the ground at pennies on the dollar and enjoy the rerating as prices rise.

Again, gold prices are rising. The wolf is here. Gold is up $500 per ounce since last summer. 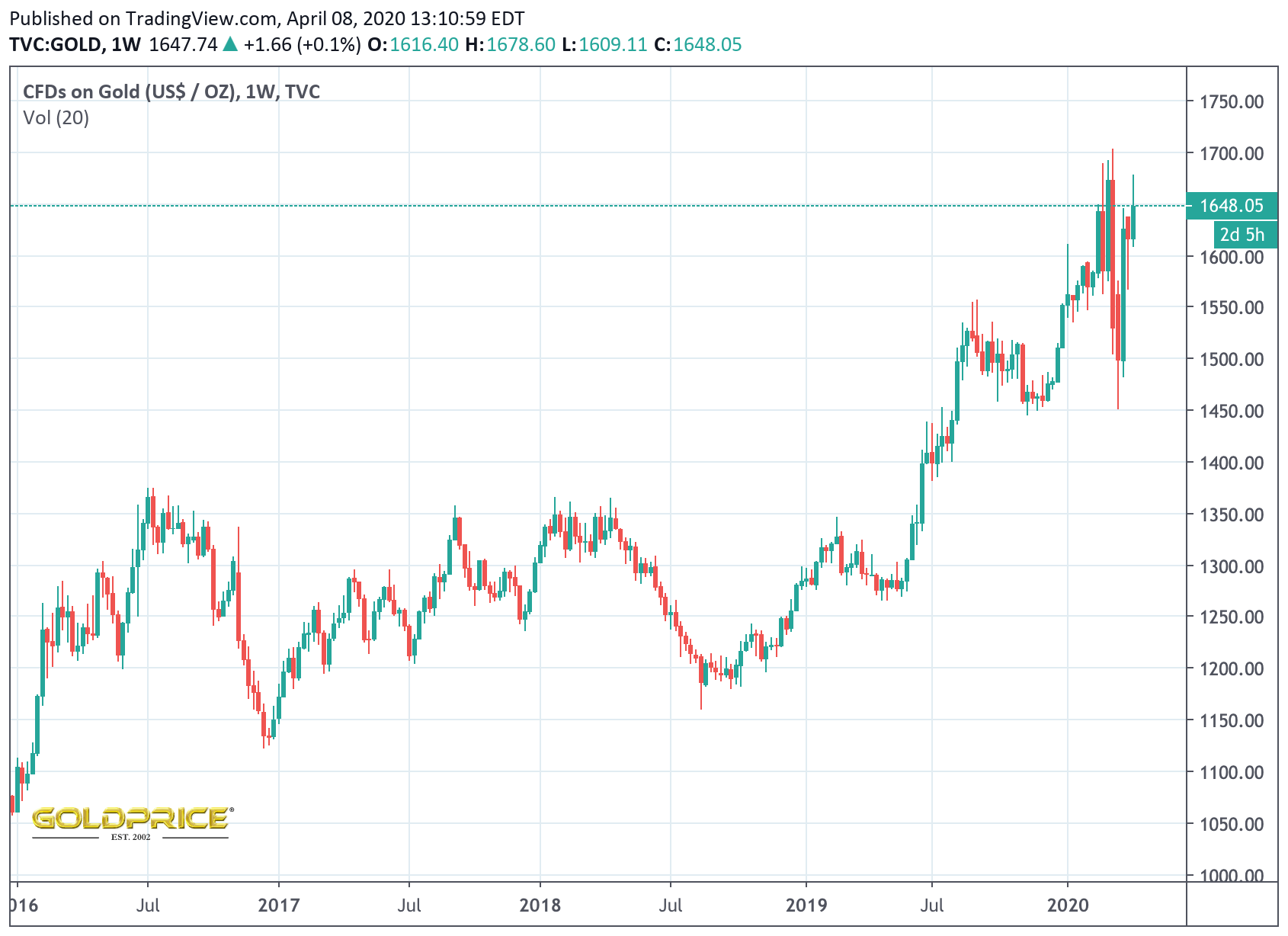 I sleep better at night knowing I have upside in the market and economic turmoil that lies ahead.

And while my wife would say I think I’m always right — and that’s probably true — she knows it’s that mentality and passion that’s kept us and our children safe and secure in a global pandemic with the financial flexibility unfortunately not available to many others.

It’s also what allows us to give back. We’ve contributed enough to buy 5,000 meals through our local food bank after hearing the school district ran out of meals for kids the first week they were out of school.

With schools now closed here in Washington through the end of the school year, those kids still need to eat every day, and we’ll be donating another 5,000 meals today. The director has said he's never seen this level of demand and is worried for the first time ever he may run out of food. But hey, the Dow's up a few hundred points today.

And certainly for as long as gold is in a bull market.