Luckily, 300 miles and a mountain range separate my family and me from Seattle, giving us a bit of lead time.

Still, the disease is now spreading rampantly. It’s surely spread across the Cascades just as it’s now swept across the entire country.

At last check, some 38 states were reporting cases. It’s now in New York and L.A.

This thing is going exponential. 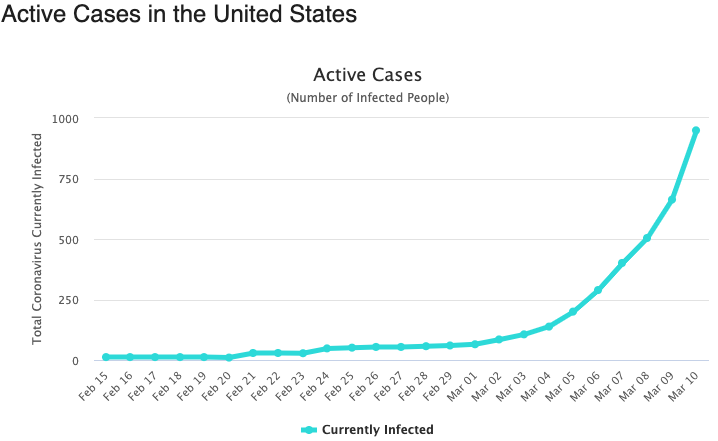 Your government has utterly failed you.

It knew the coronavirus was spreading on U.S. soil as early as January.

That’s when Dr. Helen Chu was told by the CDC and FDA to shut her damn mouth.

Dr. Chu had been collecting thousands of nasal swab samples from Seattle residents for months prior as part of a program called the Seattle Flu Study. She realized those samples could also be tested for coronavirus.

And so she did what any good doctor would do on the brink of a pandemic. She started testing the samples. Sure enough, they quickly had a positive coronavirus test from a local teenager who had not traveled out of the country.

As the New York Times reported this week:

“It must have been here this entire time,” Dr. Chu recalled thinking with dread. “It’s just everywhere already.”

In fact, officials would later discover through testing, the virus had already contributed to the deaths of two people, and it would go on to kill 20 more in the Seattle region over the following days.

Both the CDC and FDA told Dr. Chu to stop testing on the very same day she discovered the first case from her samples.

The Federal government intentionally slowed down the testing and warning process for American citizens.

In the weeks since, coronavirus has spread unchecked in the United States. We’ve tested fewer people here than have been tested in the Netherlands, despite having a population 20X as large. 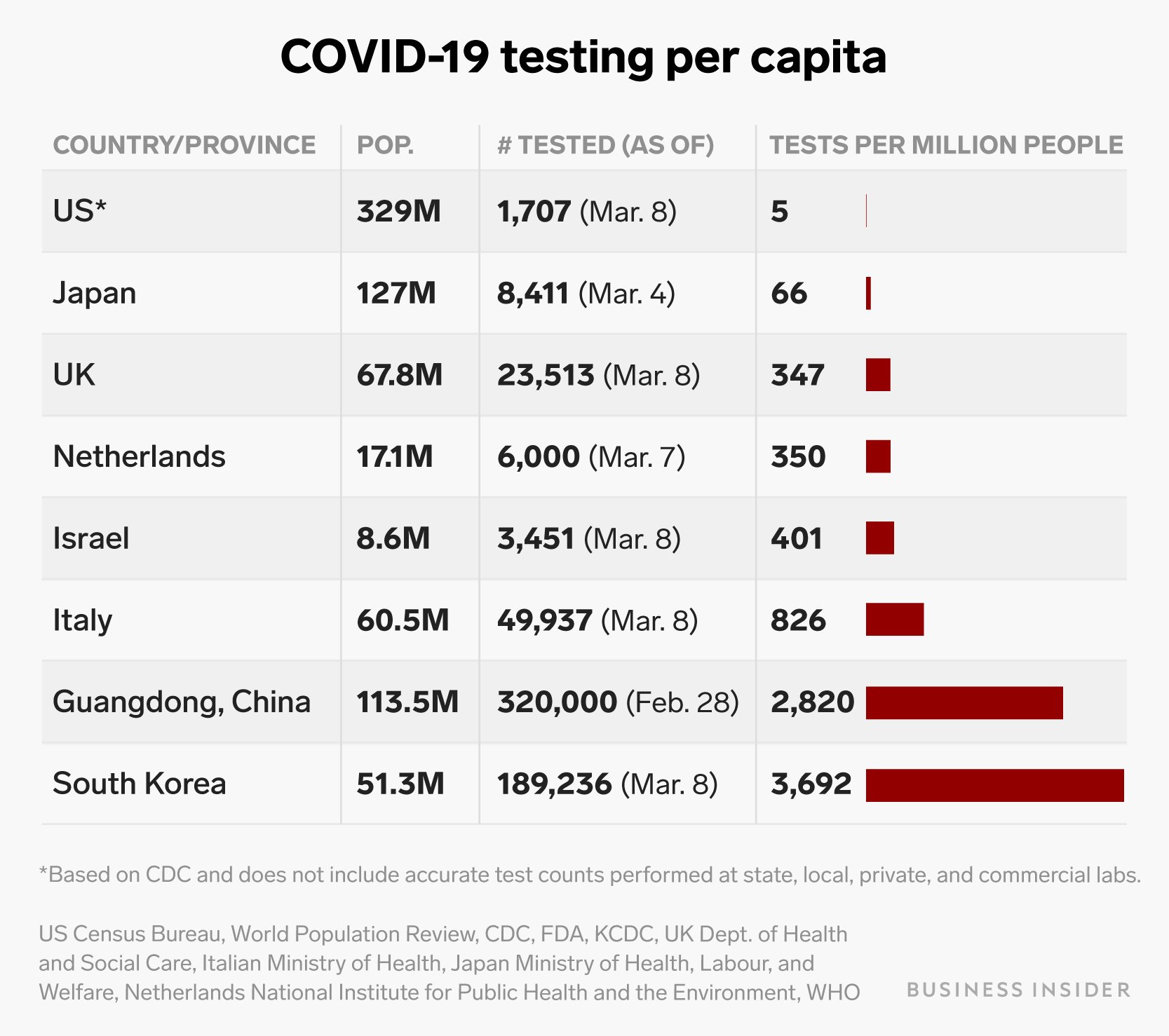 It sure sounds like the Federal government wanted to keep testing to a minimum simply to avoid reality, and in doing so has put the entire country in grave danger.

The number of new cases in America is going exponential. Tens of thousands or more will be infected.

As with everything in life, to prevent this virus from severely impacting your life… you’re going to have to take matters into your own hands.

The coronavirus is going to be a great global reminder of that. And I think we’ll see it usher in changes across the political and financial spectrum very quickly.

Some Republicans, for example, are calling for free coronavirus testing and health care. But shhhh, don’t say it’s socialized medicine.

Darden Restaurants (NYSE: DRI), owner of Olive Garden and Longhorn Steakhouse, said it would give all hourly employees paid sick leave. Other large companies are now pressured to follow suit.

Nothing like a little global pandemic to usher in some much-needed societal change.

And we will see many more dramatic shifts like that brought about by this disease that will bring about positive change once the virus wanes.

But not until there is significant pain, the beginnings of which you are seeing now.

The coronavirus will usher in the next great financial crisis. But instead of housing and leveraged products, it’s going to be corporate debt that blows up.

People not going to school and restaurants and concerts and on vacation is going to kick it all off.

That’s why stocks are cratering. (I wrote about this for you a few weeks ago, too.)

The Federal Reserve has already made one emergency rate cut of 0.5%.

There will be talk of bailouts for airlines and cruise companies and even fracking companies. I’m not sure how much is politically feasible.

We have been warning of the dangers of cheap money during a slow-growth economy for years.

We’re about to see how we do in a no-growth economy with negative real rates.

While everything (except virus cures) will be sold down in the short-term, gold is going to rise to new highs on the other side of this because of all the financial detritus that will be exposed by the virus.

I’m loaded up with cash, gold, and bullets.

See what else I’m doing with my money and my time here.