With the 2016 presidential campaign heating up, and Hillary Clinton the Democratic favorite, there's been a renewed focus on long-forgotten Bill Clinton sex scandals.

Names like Juanita Broaddrick, Gennifer Flowers, and Kathleen Willey have once again reemerged after decades in hiatus.

So I thought I'd take a few minutes to briefly review the timeline of sexual assault allegations made against former President Bill Clinton.

Eileen Wellstone, 1969 – The earliest known account of Bill Clinton's alleged sex scandals, British teenager Eileen Wellstone was says she was sexually assaulted by Bill Clinton after meeting him at a pub near Oxford University. At the time Clinton was a 23 year-old graduate student visiting Oxford on a Rhodes Scholarship.

Broaddrick wanted to volunteer for the campaign, and says Clinton invited her to stop by the his office in Little Rock. Broaddrick called a few weeks later for a conference, and Clinton suggested they meet at her hotel’s coffee shop. However, when Clinton arrived a crowd of reports followed. Seeking privacy, the two adjourned to Broaddrick's room instead. 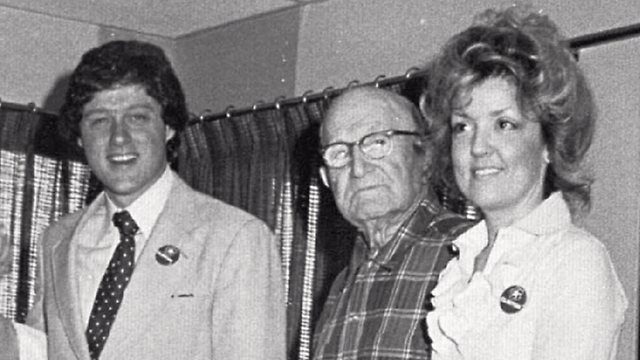 Broaddrick says they spoke briefly in her room before Clinton suddenly kissed her. Broaddrick, married at the time, says she pushed him away.

Still, she says he persisted, recalling in an NBC interview two decades later:

"Then he tries to kiss me again. And the second time he tries to kiss me he starts biting my lip … He starts to, um, bite on my top lip and I tried to pull away from him. And then he forces me down on the bed. And I just was very frightened, and I tried to get away from him and I told him ‘No,’ that I didn’t want this to happen but he wouldn’t listen to me. … It was a real panicky, panicky situation. I was even to the point where I was getting very noisy, you know, yelling to ‘Please stop.’ And that’s when he pressed down on my right shoulder and he would bite my lip. … When everything was over with, he got up and straightened himself, and I was crying at the moment and he walks to the door, and calmly puts on his sunglasses. And before he goes out the door he says ‘You better get some ice on that.’ And he turned and went out the door.”

When asked if there was any way Clinton could have thought it was consensual, Broaddrick said: “No, not with what I told him and with how I tried to push him away. It was not consensual.”

Per Broaddrick Hillary said: "I just want you to know how much Bill and I appreciate what you do for him. Do you understand? Everything that you do."

While the incident occurred in the spring of 1978, Broaddrick would not report it or speak of it until 1999, at which point tabloids were running the story sans her involvement.

No legal action was taken based on the allegations, which Clinton denies.

Carolyn Moffet, 1979 – Legal secretary Carolyn Moffet was also claims to have been sexually assaulted by Bill Clinton in a hotel room. Moffet said she was invited to the room after a fundraiser.

“When I went in, he was sitting on a couch, wearing only an undershirt. He pointed at his penis and told me to suck it. I told him I didn’t even do that for my boyfriend, and he got mad, grabbed my head and shoved it into his lap. I pulled away from him and ran out of the room,” Moffet said.

Gennifer Flowers, 1977/1980-1992 – In his presidential deposition in January 1998, while denying Kathleen Willey's sexual accusations against him, Bill Clinton admitted that he had a sexual encounter with Gennifer Flowers, a model and actress. 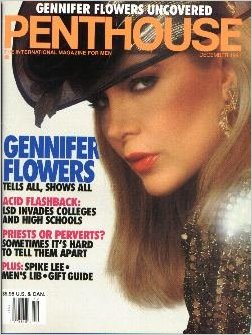 However, while Clinton insists it was a one-time occurrence, Flowers says she and Bill carried on a 12-year affair that began in 1980. To prove it she held a press conference in which she played tape recordings she had secretly made of phone calls with Clinton.

According to Flowers, the affair was about more than sex.

“We have some unresolved issues that it would be nice to sit down and talk about now,” she told the Daily Mail in 2013. “He was the love of my life and I was the love of his life and you don’t get over those things.”

She's since said some very unflattering things about both Bill and Hillary.

Disturbingly, she also stated that in 1992, she was asked not to reveal the affair by a former Democratic party staffer, who told her that "they knew that I went jogging by myself and he couldn't guarantee what would happen to my pretty little legs."

Connie Hamzy, 1984 – Connie Hamzy is best known as the author of Rock Groupie: The Intimate Adventures of "Sweet Connie" from Little Rock, in which she details sexual encounters with many famous musicians. She says a state trooper approached her on Clinton's behalf at a hotel pool. Allegedly, the two looked for a place to fool around but could not find one.

In Clinton's version of events, Hamzy approached him in the hotel lobby, flipped down her bikini top, and asked, "What do you think of these?"

Three people who had been accompanying Clinton and confirmed his story in affidavits.

Sandra Allen James, 1991 – A political fundraiser, Sandra Allen James says Bill Clinton invited her to his hotel room during a 1991 campaign trip. Once Clinton and James were alone, he allegedly pinned her against a wall and stuck his hands up her dress. James screamed loudly, prompting Arkansas State Police posted outside the room to intervene.

Paula Jones, 1991 – Paula Jones was a state employee at the Arkansas Industrial Development Commission (AIDC). On May 8, 1991, the AIDC sponsored the Third Annual Governor's Quality Conference at the Excelsior Hotel in Little Rock, and Jones worked at the registration desk.

She says she was approached by a state trooper who gave her a piece of paper with Bill Clinton's suite number and said the governor would like to meet with her. The trooper (Danny Ferguson) later escorted her to the room, where she met with Clinton.

What happened next, Jones would detail in a court filing in 1998:

“13. We talked for a few minutes. Mr. Clinton asked me about my job. He told me that Dave Harrington (who at that time was in charge of the AIDC) was his "good friend."

14. Mr. Clinton then unexpectedly reached over to me, took my hand, and pulled me toward him, so that our bodies were close to each other. I removed my hand from his and retreated several feet.

15. Mr. Clinton approached me again, saying "I love the way your hair flows down your back" and "I love your curves." While saying these things, Mr. Clinton put his hand on my leg and started sliding his hand toward my pelvic area. I did not consent to him doing this. He also bent down to kiss me on the neck, but I would not let him do so.

16. I exclaimed, "What are you doing?" and escaped from Mr. Clinton's reach by walking away from him. I was extremely upset and confused and I did not know what to do. I tried to distract Mr. Clinton by asking him about his wife and her activities, and I sat down at the end of the sofa nearest the door. Mr. Clinton then walked over to the sofa, lowered his trousers and underwear, exposed his penis (which was erect) and told me to 'kiss it.'"

Jones says she retreated from the room and back to the registration desk. She did not immediately report the incident because, “it was the State Police themselves who had just helped Mr. Clinton assault me, and because Mr. Clinton had just told me that the head of the AIDC was his 'good friend.'”

However, Jones did eventually file a sexual harassment suit against Clinton in May 1994. Clinton, who again denies the charges, settled with Jones for $850,000 – two thirds of which would go toward her vast legal expenses.

Christy Zercher, 1991/92 – A former flight attendant on Bill Clinton's 1991-92 campaign plane, Christy Zercher claims Clinton once invited her to join him in the campaign jet's bathroom while his pants were unzipped. She also says he exposed himself to her and grabbed her breasts 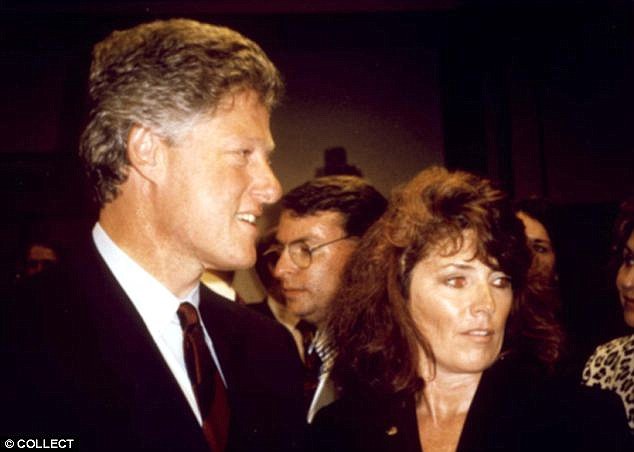 According to Willey, during a meeting in the private study of the Oval Office, Clinton embraced her tightly, kissed her on the mouth, grabbed her breast, and forced her hand on his crotch.

Obviously, Bill Clinton denies this, but he's not the only one. In their own grand jury testimony, both Linda Tripp and Monica Lewinsky cast doubt on the allegations, as well.

Tripp, a fellow White House employee, said Willey pursued a romance with Clinton from the start. She testified that Willey had confided that she harbored romantic feelings for Clinton and had been sending him notes and flirting with him. When the alleged encounter occurred, Willey was excited and pleased, according to Tripp.

Monica Lewinsky, 1995 – I think we all remember Monica Lewinsky. The Starr Report, the blue dress... the cigar. The White House intern began a personal relationship with President Clinton in 1995. She shared the specifics of that relationship with Linda Tripp, who surreptitiously recorded their phone conversations and shared those tapes with Ken Starr.

Thus the wheels of the Clinton trial impeachment were set in motion. 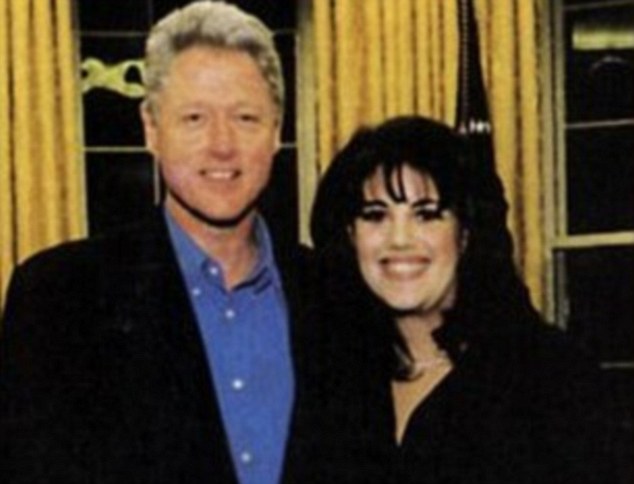 In addition to these relatively well-documented allegations, Bill Clinton has been informally implicated in numerous other affairs and trysts.

Lencola Sullivan, another former Miss Arkansas is believed by some to have had sexual relationship with Clinton. As is Susan Whitacre, who was a press aide during Clinton's time as Arkansas governor.

Court documents show that Epstein used the Fifth Amendment to avoid self-incrimination in a deposition when directly asked, “Do you know former President Clinton personally?”

There are more. It's impossible to determine the degree of truth. But it'll be interesting to see if any new information on Bill Clinton's sex scandals creeps out during the election cycle.