I've been talking a lot recently about China's laser weapon primacy over the United States.

China has been using these weapons for years to disrupt U.S. operations around the world, and the ulimate goal is to deploy them against military and infrastructure targets. 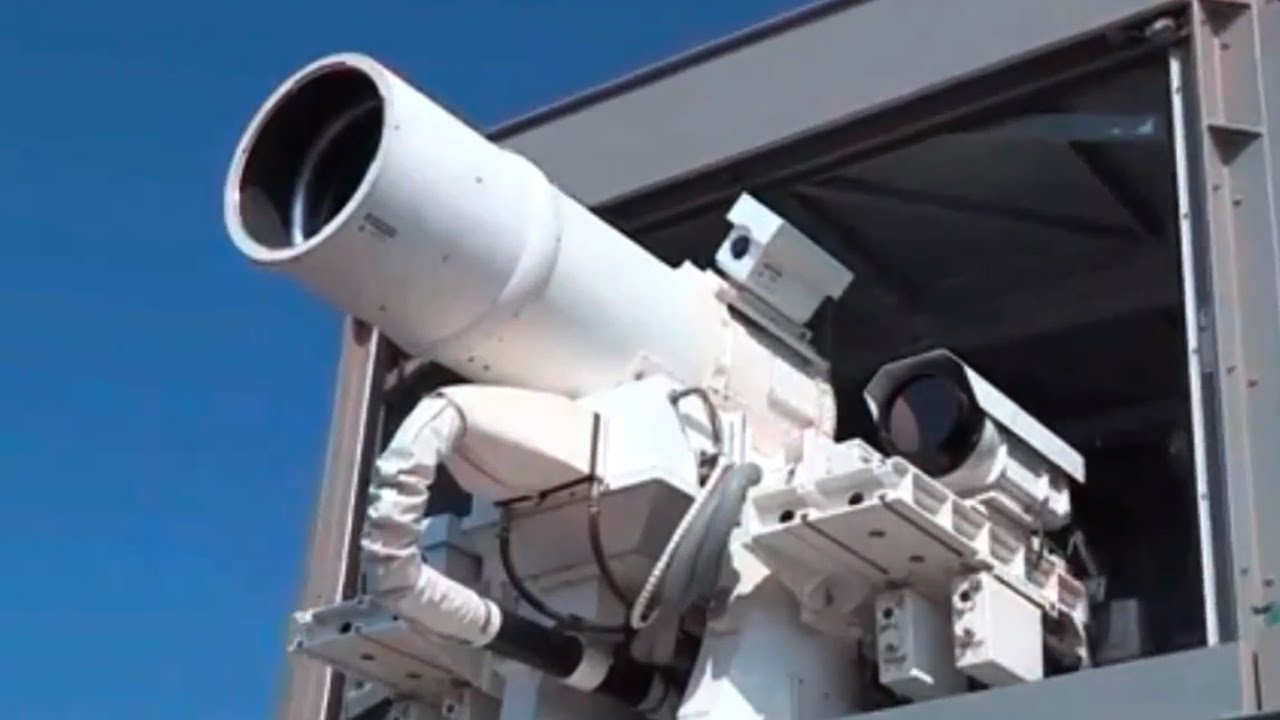 But America has laser weapons, too.

In fact, it was the the Navy that deployed the world's first ever offensive laser weapon — a cannon on the USS Ponce in the Persian Gulf.

The cannon operates just like a laserpointer, silently and invisibly.

It can target surface or air threats. And its extreme precision allows its operator to target specific weak points, (a ship’s engine, for instance) without blowing up the entire craft.

The Ponce's laser cannon was installed in 2014, and for a long time, it was America's only laser weapon.

But that all changed last month...

These systems will mainly be used to guard against drone swarms.

The first is the High Energy Laser Weapon System (HELWS).

HELWS is a laser weapon system mounted on a Polaris MRZR all-terrain vehicle.

The laser is coupled with the Multi-Spectral Targeting System (an advanced electro-optical/infrared sensor that’s also used on MQ-1 Predator and MQ-9 Reaper drones) that detects, identifies, and tracks drones.

When the command is given, the HELWS fires a laser at the target, eliminating any drone threats.

The system operates from a standard 220v outlet, and is capable of firing dozens of shots before recharging. 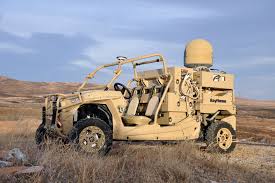 The second weapon, the PHASER, is a high-power microwave energy weapon.

It’s essentially a microwave radar transmitter mounted on top of a shipping container. It shoots microwave radio frequencies in a conical beam that disrupts and destroys drone circuits with an overwhelming beam of energy.

PHASER needs just one microsecond to overwhelm a drone’s electronics, sending it plunging to the ground. And the conical nature of the beam means that a single pulse can catch several drones in midair at once.

THOR also uses high-powered microwaves to defend against drone swarms and is transported in a shipping container. It takes just three hours to set up, costs just $19 million to develop, and requires little operator training.

The three weapon systems will serve abroad for one year, returning to the U.S. in 2021.

The Future of Warfare

Like I said I’ve been talking about laser weapons lately a lot and for good reason.

These systems are affordable, efficient, and leading the way into a new style of 21st-century combat.

Lasers don’t run out of ammunition, making them more reliable and cost-efficient than multimillion-dollar missiles. And they can act as both a sensor and a weapon, which reduces the sensor-to-shooter timeline to mere seconds, or even a fraction of a second.

To reiterate: We’re talking about a weapon with infinite ammunition that can apply a constant stream of pressure (rather than a rapid succession of bullets). It can target and fire, eliminating an entire procedural step. And it can destroy or disable rival missiles, missile batteries, targeting sensors, tanks, ships, aircraft, and other high-value targets for pennies on the dollar.

Given that, it's no surprise governments around the world are rushing to develop and deploy them.

And Pentagon spending on laser technology has surged more than 200% over the past year.

The Navy is developing a second generation of the cannon found on the Ponce, one capable of hitting enemy missiles.

The Army is working on a truck-mounted laser that can zap incoming threats, like mortar shells and drones. This program is called High-Energy Laser Mobile Demonstrator, or HEL-MD.

That device is designed to provide 360-degree protection, while simultaneously engaging threats arriving from different points on the horizon.

It doesn’t require an ammo cache, either. The diesel that’s used to power the truck-mounted generator provides the bursts of energy the laser concentrates downrange.

In FY2022, the HEL TVD will demonstrate target acquisition, tracking, aim point selection, and maintenance, to defeat selected rocket, drone, artillery, and mortar threats. The Army hopes to have the weapon fully operable by 2028.

And the the U.S. Air Force Research Laboratory (AFRL) has called on contractors to submit plans and ideas for laser and microwave weapons with the ability to “precisely attack ground targets” while defending against “surface-to-air missiles and air-to-air missiles.”

That's why I've honed in on a major laser component supplier that's crucial to all of these projects.

It's the go-to supplier for heavyweights like Lockheed Martin and Northrop Grumman.

And that's why this small supplier is about to see a huge increase in demand for its services.

You can find my full report on that company here.