A New Kind of Semiconductor

Over the last few decades, semiconductors have become more and more a part of everyday life.

From computer chips, to cellphones, to electric vehicles and video games, they've become more integrated with your day to day than you may have realized.

Something else you may or may not have noticed is the chip shortage that is currently underway.

There is a massive push for more semiconductors.

To put it plainly, anything that requires processing at any level has semiconductor components.

Just to summarize, here is a quick list of technology that simply cannot exist without semiconductors:

Basically anything that involves multiple components that utilize computers and/or the internet.

And now that there is a shortage of semiconductors, we are about to find out who is the cream of the crop.

The reason for the supply shortage isn’t anything too complicated. My colleague Jimmy Mengel wrote about it the other week. 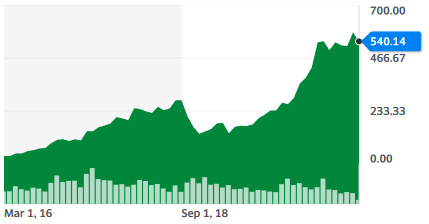 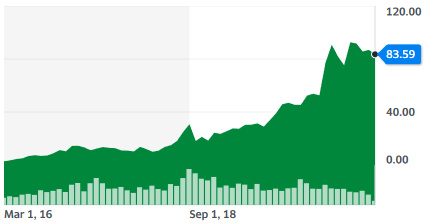 As you can see, both of these companies have had impressive runs in the last five years.

And then there are the veterans of the semiconductor sector like Intel Corporation (NASDAQ INTC).

Intel Corp. was founded back in 1968 and is widely considered one of the most groundbreaking technology companies around.

While it may not have seen as impressive jumps in the last five years as NVDA or AMD, INTC has still managed to almost double in size, going from $32.35 per share on March 1, 2016, to its current price of $61.18. 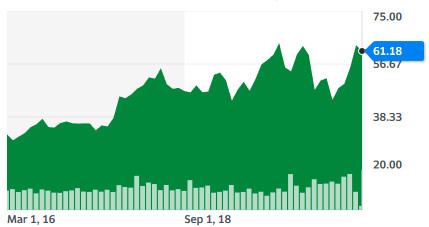 Now, I’m not telling you about these gains from the last five years to add salt to the wound of missing the boat.

It’s actually quite the opposite.

You see, it’s a complicated dilemma, but for us it is the perfect storm of opportunity and innovation.

The recent chip shortage comes at a time when there is an increased demand for the various technologies that semiconductors make possible, largely due to coronavirus restrictions.

While the top players in the semiconductor sector have not been hit too hard from the chip shortage, it doesn't mean that stormy seas are not on the way.

The chip shortage is a real dilemma, and getting some of the components for the traditional microprocessors will become a real problem for certain manufacturers in the near future.

In addition to the chip shortage, semiconductor developers also have to worry about Moore’s law, which is starting to take effect.

To put it simply, Moore’s law states that the number of transistors in an integrated circuit will double every two years or so. Eventually, there will not be enough room or semiconductors will need to get bigger.

Bigger semiconductors are simply not consistent with Joe Public’s need for his cellphone to be more sleek.

So therein lies another problem with the future of semiconductors.

But you know what they say: Questionable times and problematic situations bring about innovation.

Right now there is a company that's trading around the same levels as NVDA and AMD were five years ago.

And not only has it solved the problem of Moore’s law, but its components are not nearly as affected by the chip shortage as other chipmakers' products will be.

You see, this company has recently innovated the microprocessor in such a way that it not only is more efficient when it comes to creating, but also operates at a MUCH higher capability.

In addition to being revolutionary in how they’re built, these carbon nanotube microprocessors also offer an impressive 10 times more processing power than the average chip on the current market.

My colleague Jimmy Mengel has been watching this company closely over the last few months, compiling notes and observations, and when he showed me what he had, I was convinced...

This company is the future of semiconductors.

Once you see what I'm talking about, you’ll realize that this company will not only survive, but thrive — during the chip shortage and well beyond.

Jimmy has been compiling his research right here for you to check out. It’s far too much to discuss right here, but I urge you to take a look at what he’s put together. I’d be willing to bet that you’ll be just as excited about this company’s future as I am.

When Jimmy told me what he had discovered when he started to dig into the chip shortage, I was amazed.

It will make the returns made by companies like NVDA and AMD in the last five years seem like peanuts.

Check out his presentation on the new kind of semiconductor right here.