"The Fed's Printing Too Many Ferns"

I was at a friend's birthday party last night, talking to his brother-in-law.

We were discussing the housing market and how out-of-joint it is.

"The Fed's printing too many ferns," he said casually.

I agreed and started to go on about bond purchases and tapering, but it was pointless.

This man had already laid it out plain. Nothing more needed to be said.

The Fed's printing too many ferns.

And by December 2020 the central bank had abandoned its effort to wind down its balance sheet. Instead, it went in the opposite direction, purchasing at least $120 billion a month in U.S. Treasuries and mortgage-backed securities. 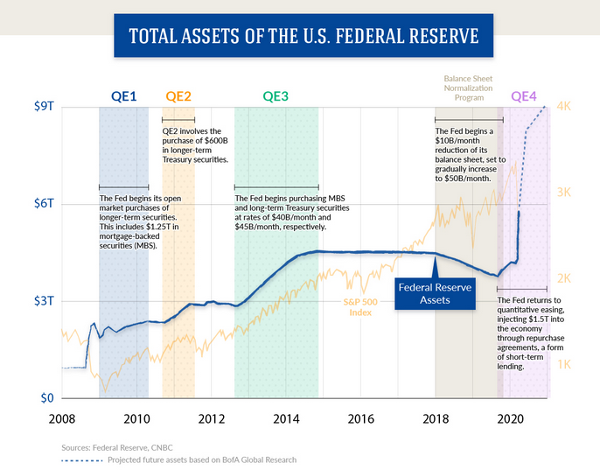 In this way, the Fed pumped more than $1.5 trillion into the economy via short-term lending.

I don't blame them. The economic situation was dire.

But it was also obvious that Fed Chairman Jerome Powell wouldn't curtail his monetary policy as quickly as he expanded it.

Until the economy had more than recovered. Only then could he be sure that the recovery was solid.

And this week he made it clear that we are still nowhere near that point.

Not in his eyes anyway.

And that's kind of striking.

After all, GDP grew at a 6.5% annual rate in the second quarter, pushing the economy's size beyond its pre-pandemic level.

Yes, today's economy is stronger than it was prior to the pandemic.

The stock market, despite a smattering of volatility of late, is also at a record high.

The aforementioned housing market remains strong, as well. Stronger than it ought to be, even.

The Case-Shiller 20-City Home Price Index, released Tuesday, soared 17% in May from a year earlier on top of a 15% jump in April. The May increase was the biggest since August 2004.

The median price for an existing home in June hit an all-time high of $363,300, up 23% over last year, marking 112 straight months of year-over-year gains.

All of this, and the media is still out there fear-mongering about the Delta variant's threat to the economy.

The Conference Board’s Consumer Confidence Index has risen for six straight months, reaching 129.1 this month. That's not quite as high as it was prior to the pandemic but it's damn close. Just give it another month or two.

And the result of all of this?

Make no mistake, inflation is real. It always has been.

And now it's gotten so bad that even Jerome Powell has been forced to acknowledge it.

"This is a shock going through the system associated with the reopening of the economy, and it has driven inflation well above 2%," Powell conceded. "And of course we’re not comfortable with that."

He then explained: "The challenge we’re confronting is how to react to this inflation, which is larger than we had expected — or that anybody had expected."

Of course, that's patently false. I and other like-minded analysts have been warning about high inflation for more than a year now.

It was totally expected. The only person that didn't expect it was Powell.

Nevertheless, it's clear now that he was wrong, and even he understands that.

But he's still not going to do anything about it.

He's going to hold out every last hope and prayer that inflation really is just "transitory."

We just have to wait for that to happen.

"To the extent it is temporary, it wouldn’t be appropriate to react to it," Powell says. "But to the extent it gets longer and longer, we’ll have to re-evaluate the risks.”

The rub there, of course, is that by that point it may be too late.

And in fact, there's a great deal of evidence laid out before you that it already is too late.

The Fed's printing too many ferns.