A long-awaited challenger to electric vehicles is here. 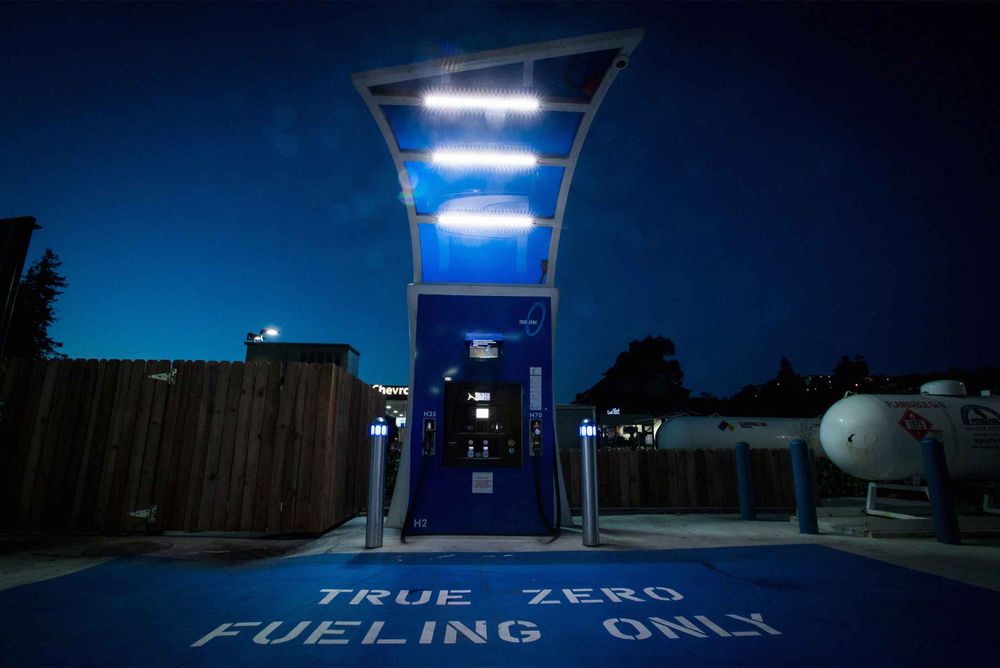 And they are being adopted at breakneck pace by automakers and big industry alike.

Amazon uses this technology at its fulfillment centers.

BMW is launching a line of its popular X series of SUVs that is powered by this blue fuel. Honda is already selling cars that use it.

French conglomerate Alstom is using it to power trains in Germany. California is testing it out for trains as well.

Hyundai is moving ahead with a multibillion-dollar plan to commercialize cars, ships, and trucks powered by “blue gas.”

Toyota is building a fleet of its own, as well as partnering with big-rig maker Kenworth to get blue gas into 18-wheelers.

All this has led Forbes to say about the new decade:

The 2010s saw battery-powered electric cars move into the mainstream, led by Elon Musk’s Tesla, and as that trend gains steam there are signs the decade ahead will see [“blue gas”] gain commercial viability in transportation, particularly for heavy vehicles like trains and long-haul semis that need a more flexible power train than multi-ton battery packs.

That’s why auto industry insiders have dubbed it the “Tesla Killer.”

A new study released this week by Deloitte China at the Consumer Electronics Show makes it clear:

To many commercial operators, “blue gas” seems to be a complex and expensive technology for the future. However, we have proven through our deep research and proprietary model that [it] will become cheaper to run than traditional internal combustion vehicles or battery electric very soon. Sophisticated commercial operators around the world are already investing in this technology to stay one step ahead of the competition.

It also concluded that “blue gas” is “cleaner than battery electric vehicles and internal combustion vehicles.”

Leading global consulting firm Wood Mackenzie has said worldwide capacity for this fuel is set to rise 1,272% in the next five years!

The investment race for “blue gas” is on.

And we’re taking the lead.

Our team went to drive one of these vehicles firsthand. We brought a video crew so you could see its potential for yourself.

Same for why the tiny stock behind the engine technology that’s making it possible is set to trade higher than Tesla within the next few months.

See it all here.

Batteries Now Obsolete? The “Tesla Killer” Is Here
American-Made "Blue Gas" Has Elon Musk Furious!
Did "Blue Gas" Just Make Batteries Obsolete?
Auto industry insiders have dubbed blue gas as the "Tesla Killer." Outsider Club founder Nick Hodge explains how investors can get in on the next evolution of the automotive industry and take advantage of the Tesla Killer...
Investing in Marijuana Without Getting Burned
The marijuana industry has rewarded scores of investors with life-changing gains.